IVO has confirmed it has received conversion notices from holders of convertible notes representing $3.18 million that were due to expire on 14 December.

Further to that, the remaining balance, representing $0.5 million, is expected to convert before the end of this week.

A total of $3.68 million of convertible notes have or will be converted into Invigor shares at 0.4c, with the first tranche of conversions issued on 30 November 2018 for $1.63 million plus interest, representing 400,873,223 fully paid ordinary shares. The remainder will be issued during this week for $2.05 million plus interest, representing an additional 532,580,822 fully paid ordinary shares.

“Strengthening our balance sheet further is a focus for the Board and we are assessing ways to reduce outstanding debt rapidly,” Invigor CEO, Gary Cohen, said.

“Our operations in Australia, Asia and Europe have excellent growth prospects and further investment in these operations, particularly in our growing transaction based partnership in Asia with Winning Group, underpins Invigor’s revenue streams and thus our ability to fund growth and extinguish debt.”

An appendix 3B will be issued following the finalisation of the share issue this week.

IVO turns data analytics into dollars for the retail and service industries. Its innovation in owned retail platforms and unique cross-channel data ecosystem gives businesses a holistic view of their customers and competitive landscape, enabling them to not only understand but also effectively engage with consumers.

Cohen recently spoke to Finance News Network about the IVO business more broadly — you can watch that video below: 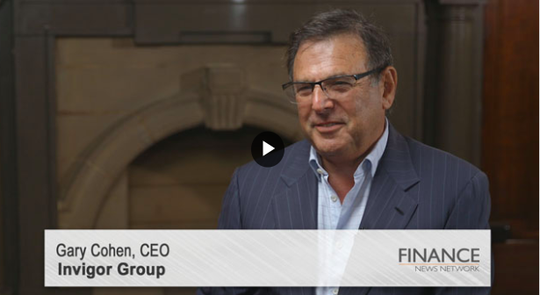 Last week, the small cap revealed that its Shopper Insights solution will soon be trialled in Guangzhou, China at EasyGo convenience stores — these are self-serve, staff-less stores that use WeChat Pay, similar to Amazon Go in North America.

At the same time, IVO also confirmed that during the past eight months, two groups in Australia — a national retailer and a major shopping centre group, both of which are household names — have successfully completed trials of Shopper Insights prior to revenue-generating deployments.