At the start of July XTV announced that it would team up with Intel to develop a plug and play digital advertising solution for enterprise based on the Intel Compute Stick.

The stick allows companies to use a simple HDMI-stick which plugs into the back of their screens, whether it be in a hospital or café, to stream videos such as corporate presentations onto the screens in real time.

For example, a bank which specialises in travel insurance may play travel videos in its stores to get customers in the stores thinking about their next trip.

A small café with a couple of screens may also elect to do this in exchange for an ongoing income stream.

Crucially, using XTV technology, users are able to interact with the content on the screens with their mobile phones making it a ‘lean in’ experience.

The benefit of a lean-in experience from a marketing perspective is that viewers are more engaged with the content and therefore the message.

What the Intel deal means

While the partnership had already been announced, this is the first time Intel has actively promoted its partnership with XTV, giving the xTV platform a publicity boost.

The promotion of XTV from Intel means that it will now have exposure in over 70 countries, giving it increased visibility in the marketplace with both a listing on its product page and a video.

“Intel has a massive worldwide presence, selling its products and solutions in over 70 countries, being featured on their website as a partner gives xTV instant credibility and puts us on the forefront of the global digital signage market,”XTV CEO Joe Ward said.

The promotion of XTV from Intel comes on the back of a deal to seed 100 Intel Compute Sticks to High Schools in California to stream the CalHighSports.tv digital channel.

The Emmy Award-winning digital channel previously used channels such as YouTube, and shows more High School games than any other sports show with a viewership of 50,000 homes each week. 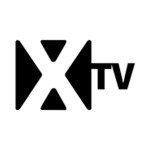