ICT has announced the acquisition of Vital Training Solutions Pty Ltd (VTS) in a $105,000 deal comprised of cash and shares. VTS specialises in offering accredited Finance courses which fits into ICT’s strategy of acquiring a diverse variety of education providers in order to add value to its own offering.

More notably, ICT has secured $1.3 million in additional funding via a convertible loan facility offered to investors. The terms of the facility mean loans made could be converted to shares at an exercise price of $0.15 per share.

In March this year, ICT terminated the acquisition of Dynamic Learning Solutions Pty Ltd (DLS), despite signing a fully binding share sale agreement with DLS late last year. Shortly after announcing the termination, ICT revealed VTS to be its next acquisition target.

ICT recently secured $1.3 million in extra funding from its own cash reserves and a Convertible Loan facility financed by one if its significant shareholders, ‘The Copulos Group’ which injected $500,000 into ICT.

Another notable shareholder, Peter Arvanitis also provided $500,000 under the facility and has now been joined by a “consortium of highly strategic investors”, according to ICT.

Peter Arvanitis is the founder of ASX-listed ‘Estia Health’, one of Australia’s largest aged care providers, currently worth $1.1 billion.

ICT plans to leverage a lot of Mr. Arvanitis’ experience in its own operations specifically focusing on integration practises and technology optimisation.

The term of the loan is 12 months with a 12% coupon paid quarterly. The loan could be converted to shares at an exercise price of 15c per share or fully repaid. ICU is currently trading at 16.5c per share. This convertible loan facility has now been closed, and no further capital will be accepted under this facility.

As part of its acquisitions strategy, ICT has also renegotiated acquisition terms for its buyout of Management Institute of Australia (MIA).

The balance of the deferred consideration is $8 million and will be staged in cash and scrip payments upon MIA meetings specific EBIT targets over the next 3 years.

As with previous acquisition targets, each deal allows a portion of the total paid up front with the balance geared to EBIT targets. ICT will need to complete a placement and or finance to complete the acquisition.

ICT’s strategy is to acquire education providers and to leverage its own cutting-edge technology to vastly expand both the amount and scope of material being offered to users. All the acquisitions made by ICT attempt to accrue immediate EPS (Earnings Per Share) in order to generate revenue and cash flow in the short-term.

ICT took the step of terminating its acquisition plans for DLS in March and shortly afterwards announced the intention to acquire 100% of VTS. A binding terms sheet has been officially signed by both companies with the deal likely to be confirmed later this year.

According to ICT Executive Director Ross Cotton, ICT’s acquisition of VTS will “strategically enhance iCollege’s positive momentum following on the acquisitions of The Bookkeeping School, Mathisi and MIA”. Adding, “the purchase of VTS allows iCollege to cement a footprint as a leading provider of training to the finance sector”.

VTS has been awarded close to $500,000 of government funding through the New South Wales ‘Smart & Skilled” programme. The state allocated funds will be used to train NSW residents with the purpose of reducing jobless rates and improving the skillset of already employed NSW residents.

Under the terms of the agreement, ICT will acquire 100% of VTS in exchange for $40,000 in cash and the issuance of ICT shares to the value of $75,000 upon the execution of a formal share sale agreement, expected to be announced within the next 1-2 months.

Since December 2014, ICT shares have been gradually acquired in small 10,000 blocks by ‘Richmond Food Systems Ltd’, taking the company’s holding in ICT up to 626,439 ordinary shares and 256,936 listed options.

According to regulatory filings with the ASX, ICT Management personnel are adding to their stakes and investing personal capital in the company. This could be an indication that from an internal perspective within the firm, Management is confident of ICT’s progress and future prospects.

Furthermore, as part of the deal to acquire MIA, ICT welcomed ‘Walker Investments’ as a substantial shareholder with the allocation of over 6 million shares – taking the company’s shareholding in ICT from 0.06% up to 10%.

The flurry of acquisition and holdings activity over the past 6 months has helped the ICT share price to rise as high as 20c in early May.

ICT has completed the acquisitions of three different education providers in 2014 and has now announced the intended acquisition of a 4th company (VTS). Given its current strategy of collating diverse training providers that have existing sales and cash flow, ICT hopes to make further inroads into the online education space in Australia. 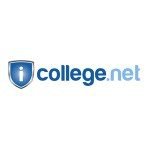