Light A Way is a fantasy-themed adventure clicker game, a unique genre that is relatively new and innovative to international gamer community.

Light A Way has already generated more than 800,000 unique installs on major app stores and its daily revenue is rising steadily since it was launched. Over the weekend of 14-15 April 2018 Light A Way charted a highest daily revenue of A$13,000 per day — the highest ICI has seen within its stable of games.

Here’s the official trailer of the game:

The company also announced that it will be offering a Loyalty Option to shareholders who have been supportive of the company throughout the trading halt.

ICI entered a trading halt on 15 November 2017 during an attempt to takeover another company, which did not eventuate. 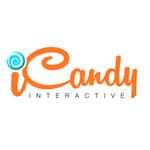