In this new role, Sharma will assist with the development of international contracts and clients, as well as driving awareness of ROO’s unique technology in agronomy around the world.

Sharma has established robust networks across the Australian government and private sector. His strong ties in both Israel and Australia make him an apt choice for ROO, given its current expansion internationally and in Australia from its Israeli base.

Sharma was Australia’s ambassador to Israel from 2013 to 2017, and is currently a director and principal in Government Relations, Incentives and Innovations at ASX-listed accounting firm, Kelly+Partners Group (ASX:KPG).

ROO CEO, Dr Sharon Devir, said: “We are excited to have Mr Sharma on board and look forward to the cross-border connections and synergies he brings. Roots’ disruptive products are needed in many countries struggling to deal with agricultural sustainability and productivity brought about by climate change, loss of arable land and water scarcity.”

“[Sharma’s] reputation, skill-set and networks will open up gateways for Roots in many jurisdictions that will help local communities meet these challenges,” Devir added.

Importantly, Sharma also has considerable experience as an Australian diplomat, having worked in several critical national security positions, leading the international division in the department of prime minister and cabinet, and serving as adviser to the foreign minister.

In keeping with ROO’s background, Sharma has also worked as a leader in innovation within government, spearheading growth in the Australia-Israel high-tech synergy with several flagship initiatives. He established the first Australian Landing Pad — an entry point for Australian entrepreneurs into Israel’s high-tech economy. Sharma pioneered the use of digital diplomacy and was a contributing author to the ‘Crossroads’ report on the state of Australia’s start-up sector.

Sharma commented: “I am excited to be joining the Roots team and look forward to using my networks to enhance the business. The Roots’ technology is truly revolutionary and the need for it on a global scale is enormous.”

Sharma holds a Bachelor of Arts (Law) and a Master of Arts and International Relations from the University of Cambridge and a Masters’ Degree from Deakin University. He also sits on the board of Project Rozana, a not-for-profit seeking to build links between Israelis and Palestinians through medical treatment and care.

His ROO appointment will be on an initial three-year term with the option to extend by mutual agreement. Remuneration will be $5,000 per month and stock (200,000 performance rights issued over three equal milestones), based on KPIs incentivised to align with shareholders and to develop the company long-term. 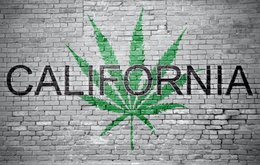 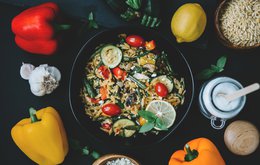 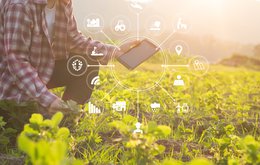 Has Roots become the ‘Afterpay’ of the agricultural industry?