First Graphite, an innovative $34 million ASX-listed company, entered into a binding Heads of Agreement Kremford Pty Ltd, providing FGR with the opportunity to own a controlling interest in the private company.

The BEST Battery is a grapheneoxide based supercapacitor offering high performance and low cost energy storage. The patent pending technology, developed by Swinburne has number of advantages over existing supercapacitors which have energy density limitations. It offers advantages that come with physical storage of energy as opposed to chemical storage.

The ultra-thin and ultra-light battery provides ten times better energy density and ten times faster charge/ discharge rates than competing devices, and is capable of 10,000 charge/discharge cycles. It is also highly flexible and integratable, while being environmentally friendly thanks to the absence of chemicals used in the technology.

Other highlights of technology are the efficiencies offered through the use of laser printing technology and graphene oxide to create an ultra-efficient energy storage medium in a greatly simplified process. Plus the innovative inter-digital design provides for a much shorter ionic path to maximise energy and power density.

Here is a comparison of what the BEST Battery could achieve compared to the standard lithium-ion battery, based on laboratory test work undertaken to date: 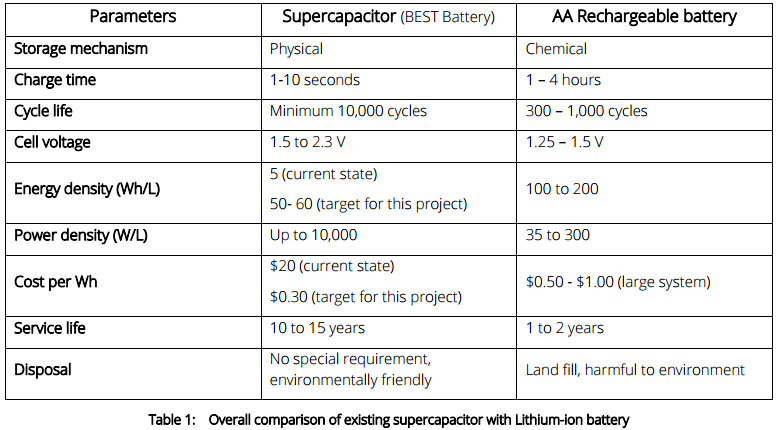 It should be noted that FGR is an early stage play and anything can happen, so seek professional financial advice if considering this stock for your portfolio.

The current proof-of-concept device has performed slightly higher than current batteries. The University believes that with additional product development and up-scaling the BEST Battery can be taken from a laboratory success to a commercial prototype within the period of the Agreement.

FGR is to underwrite the spending of $2m over a two year period to earn a 60% interest in the company that holds the technology’s international licence. It involves two stages of commitment.

The first is an initial $700,000 commitment from FGR to earn a 30% stake in Kremford. The second stage involves the option for FGR to increase its equity to 60% by committing a further $1.3 million within two years of the Research and Licence Agreements being signed. The agreement involved a few other share issuances and options, as detailed in the announcement.

There was also talk that FGR should be able to increase its interest in Kremford to 100% at some point in the future. 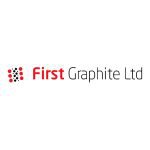