The video demonstrates the Hadrian X in action, showing how the technology could revolutionise the construction industry.

The animation is narrated by Peter Maddison, the host of Grand Designs Australia and Director of Maddison Architects.

If commercialised, the Hadrian X will be the world’s first truck-mounted, fully automated end-to-end bricklaying machine, capable of laying 1000 standard brick equivalents per hour through its 30m boom whilst the truck is fixated from a single position.

Due to its innovative nature, FBR has recently received media coverage around the world which has seen its share price increase almost 7 fold in the past two months.

The Hadrian X will construct eleven houses with Archistruct Builders & Designers in the third quarter of 2017 and plans to manufacture 8,000 of the robots over the next decade.

The technology is still early stage however and has not been proven in a commercial setting so please exercise caution and seek professional financial advice before making any investment decision. 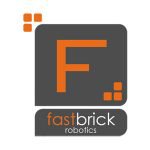