IOT has noted that purchase orders have been received and AirSelfies dispatched to b8ta stores across the US. The plan is for the AirSelfie product to be in all b8ta stores by November.

B8ta is a new concept in retailing which centres on innovative products intended to generate new excitement around shopping in traditional retail stores.

The company was founded in 2015 by Nest alums Vibhu Norby, William Mintun and Phillip Raub, and has outlets in San Francisco, Palo Alto, Santa Monica, Seattle, and Austin, among others.

B8ta is highly selective about products for its range and only accepts around 20% of the products offered.

Inside a b8ta store: 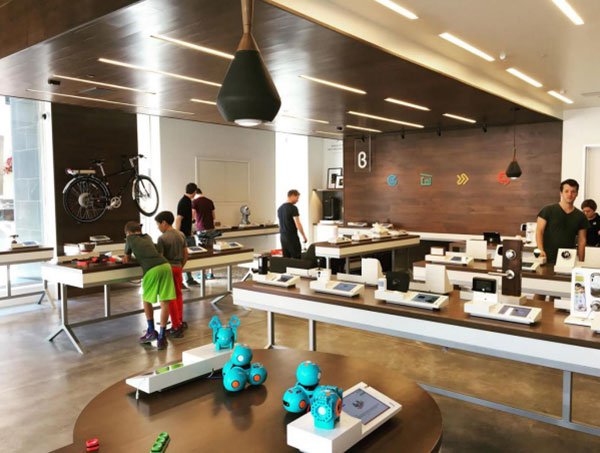 IOT has also revealed that it has signed with the US-based First Delta Group as an addition to its Sales Accelerator Network.

It should be noted that this agreement is in its early stages and investors should seek professional financial advice for further information if considering this stock for their portfolio.

First Delta Group assures successful sell through to the end-user. It has been in business for over 30 years and has represented some of the biggest and best brands in the industry. Some of its manufacturing partners have included MakerBot 3D Printing, iHome, Beats by Dre, Ring Video Doorbell, Yamaha, Casio, Samsung, TDK, Sony, Kodak and GE.

Additionally, IOT has announced that B&H Photo has listed the AirSelfie product on its website. Amazon is also in the process of doing the same for ROVA colours and AirSelfie, and Best Buy US will follow suit with AirSelfie in November, with a view to extending it throughout its stores.

Telstra has taken delivery of the first AirSelfie order, which will be in stores throughout Australia over this week and will be included in the main catalogue next week for Christmas.

South America / LATAM sales introductions have been very encouraging and purchase orders will emerge from Mexico and Colombia within the first 14 days of November for immediate listing before Christmas. London, Ireland and Benelux will do the same.

In the EU, UK and South America/LATAM, IOT’s sales accelerators are also targeting online retailers for Christmas, with plans for wider distribution for 2018 and 2019. This will mean immediate sales for November and December and programmed sales for 2018.

Retailers in all areas of IOT distribution are willing to list the AirSelfie and ROVA for their 2018 sales planograms.

IOT executive director, Sean Neylon, said: “IOT is increasing its reach in the US with listing the AirSelfie in the new b8ta stores across the US. Telstra, Best Buy, Amazon, B&H and many more are now listing and stocking the AirSelfie and ROVA.”

“With agreements being signed with more sales accelerators and distributors around the world, including South America and Europe, IOT is growing fast and anticipates good results to complete the year.”