Australian online gaming and DFS firm PlayUp is racking up the acquisitions prior to its dual listing on the NASDAQ and the ASX via a reverse takeover of Mission NewEnergy Limited (ASX:MBT | OTC:MNELF).

Headed by Sydney-based entrepreneur Daniel Simic, PlayUp has already locked in a number of acquisitions as it works towards its goal of becoming one of the largest fantasy sports platform operators.

The company is also represented by sporting legend, Brett Lee, who has a social network of over four million sports fans. 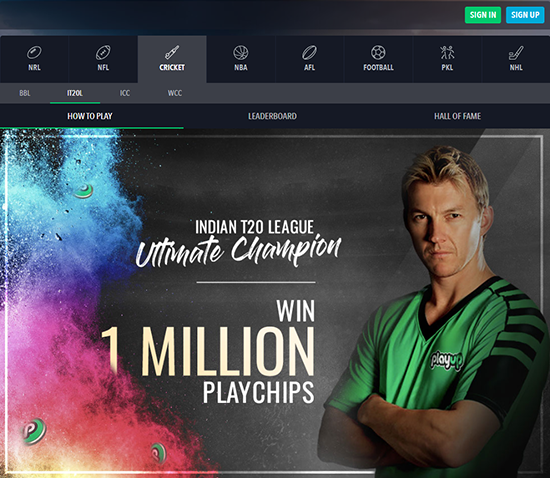 PlayUp, which is understood to have 400,000 registered users, has also revealed that it will enter the cryptocurrency craze, by introducing a new online currency the PlayChip Utility Token as part of its fantasy sports platform.

However, any news is speculative at this stage therefore investors considering this stock for their portfolio, should seek professional financial advice.

PlayUp’s latest acquisition is of online platform, betting.club, which it acquired from community organisations the Mounties Group, Campsie RSL and Club Rivers. The platform lets players rate and share form, share tips and then place the bets and is an opportunity for PlayUp to integrate the PlayChip as a way to wager or collect rewards.

Simic commented on the acquisition saying, “Betting.club has been on our radar for some time as they have built a truly social wagering platform used by a high volume of punters as well as developed an innovative app and online presence.

“We’re committed to enhancing the social and community focus of the platform as well as integrate the PlayChip as an optional wagering payments and rewards offering.”

This acquisition comes after company’s recent acquisition of CrownBet’s DraftStars. While it also has plans to buy Sydney-based ClassicBet, pending approval from the Northern Territory Racing Commission or Harness Racing NSW. These two acquisitions alone are forecast to lift PlayUp’s gross gaming turnover by more than $200 million, according to the company.

PlayUp had a rocky start before it get to where it is today. The original owner of the business, Revo — headed by former NSW premier Nick Greiner, collapsed into liquidation in 2016. A number of high profile investors were involved including Malcolm Turnbull, David Paradice, Allan Myers, as well as Steve Waugh and Adam Gilchrist.

In 2017, Simic and investors resurrected the PlayUp brand and it’s reassuring to know that PlayUp's founders, Luke Bunbury and George Tomeski, who oversaw the business burn through A$100 million of investor funds, are no longer involved in the business in anyway.

Previous management spent far too much money on staff and opening offices around the world and building its own software. By January 2016 its parent company Revo Pty Ltd was in liquidation. Simic noted that he would be spending a lot less money than previous management.

Mission NewEnergy has lodged disclosure documents to the ASX approve the proposed transaction with PlayUp, however it is yet to make an announcement regarding the deal to as it works to determine the whether the company will be suitable for listing.