eSense teams up with Wise Wine to target sanitiser market

eSense-Lab Limited (ASX:ESE) has entered into a binding joint venture with West Australian wine maker and distiller, Sassey Pty Ltd, the owner of the Wise Winery, a family-owned wine company.

The deal will see Wise broaden its sanitiser product offering to include sanitiser infused with eSense’s unique terpenes.

This follows news on 15 June regarding a joint venture agreement between ESE and ANC Enterprises, a manufacturer and wholesaler of high quality Australian made cosmeceutical products, spanning areas such as skin care, hair care and hand sanitisers.

As a backdrop, the Wise Gin Distillery is the only Margaret River distillery distilling its own chardonnay and other grape varieties on-site as the base for spirits and its sanitisers.

In order to meet demand in Western Australia, some three months ago the distillery at Wise Wine transitioned to 24-hour production of hand sanitiser made from ethanol originally earmarked for gin.

Harking back to this agreement, eSense will provide its proprietary terpene mixes specifically chosen for their anti-viral qualities and Wise will produce, sell and distribute its 70% ethanol sanitiser product.

The JV will place an initial order of 2 million units of terpenes for infusion into the hand sanitiser products (equivalent to US$600,000 in value). It is anticipated that this order will only be partially funded upfront to an amount of $150,000 to $200,000 and the balance of the order will be paid for from the proceeds of products sales.

The JV company will be owned 50% by eSense and 50% by Wise; and the deal will see the new products widely available through Wise’s global distribution network via its online store.

Under the terms of the agreement, it will run for a 10 year period with initial orders of 2 million units and manufacturing to be done exclusively by Wise.

eSense will provide its proprietary terpene mixes to the JV, specifically chosen for their anti-viral qualities, and a cash contribution of up to $200,000 for JV operational expenses and Wise will contribute up to $200,000 of sanitiser ingredients (base alcohol sanitiser and packaging) to the JV.

The product will also carry Wise’s premium recognisable branding, as well as being distributed exclusively by the group. 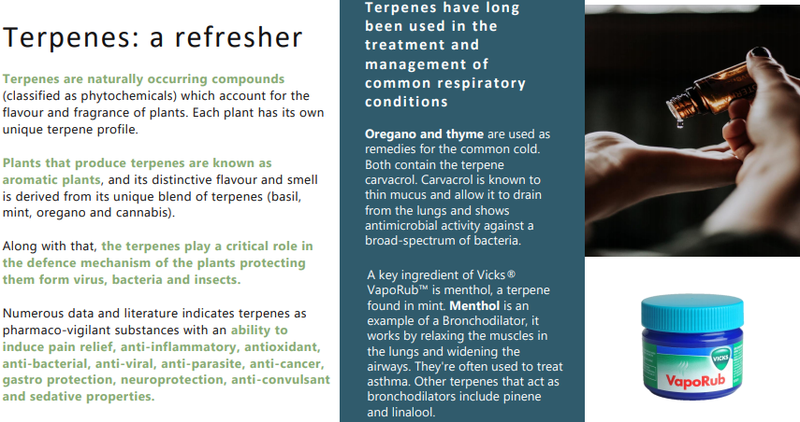 Wise has been producing and selling wine for over 28 years, and its existing brand, proven sales strategy and channels means its product is ideally positioned within the growing sanitiser market.

Wise’s general manager, Greg Garnish, sees the addition of eSense’s terpenes to create a broader range of products as an effective marketing and sales strategy.

While highlighting the obvious commercial benefits, Itzik Mizrahi, chief executive of eSense also noted that it represented a validation of the group’s business model in saying, “We are so pleased to be working with Wise Wines, a household brand and name in Australia to produce sanitiser products.

‘’The joint venture agreement validates eSense’s updated commercialisation model as well as the growing recognition of terpenes and their unique and varied qualities.

‘’This binding agreement will see eSense’s terpenes used in a premium product to be delivered straight to consumers.”

Discussions are ongoing with several universities, hospitals and virology labs to establish further testing and research into the exact nature of terpenes as an anti-viral agent.