The signing of important new contracts and the generation of robust revenues from the group’s existing operations is expected to see the company reach its run rate profitability in the June quarter.

Of significance was the news relating to AdCel.

EN1’s AdCel daily revenues have more than doubled since data was last provided in April.

The recent increase in revenue is attributed to new partnerships which have gone live over the past week.

AdCel CTO, Denys Kravchenko says AdCel is now a one stop solution for publishers of all sizes, which brings a range of benefits.

"Existing and new publishers can utilize our ML powered algorithms to monetize their supply through their own direct deals on top of the existing 60+ demand sources AdCel has. This new value proposition brought us new publishers' integrations and has allowed us to increase AdCel’s daily revenue by 230%. Running a lean team and a lean expenses structure has also allowed us to scale without significant cost increase." 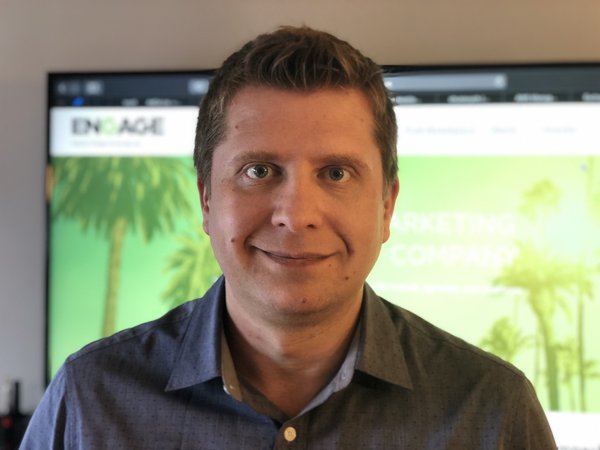 Management targets AdCel’s revenue to double again by June 2019, as the current revenue increase is based solely on test traffic, at 10% scale of each publisher.

Once that goal is reached, AdCel will also be run-rate profitable.

Management is currently evaluating term sheets for debt facilities which would enable the company to pay publishers immediately upon receipt of their invoices (or prepay).

This would significantly improve publishers’ cashflows and prompt migration away from their existing platforms, bringing volumes of incremental revenue to EN1.

There is plenty of upside for AdCel.

Kravchenko says, "Programmatic, non-programmatic and fix priced direct demand from dozens of DSPs creates a real challenge for publishers. Running RTB auctions and analyzing historical data in near real time makes it almost impossible for a publisher to efficiently create an ad session that will maximize their ad revenue. The current combination of our sophisticated ML models and smart header bidding allow us to build the most effective ad session publisher planned for the users. Meanwhile, publishers can focus on what they are doing best - creating great products users will enjoy."

This game-changing opportunity will initiate a hyper-growth stage for the company and enable it to seize market share away from its competitors in 2019.

More publishers and buyers will compound revenue and profitability for EN1.

Once a facility is in place, EN1 plans to broadcast aggressive payment terms to the industry through the company’s own programmatic and social media influencer platforms.

This represents 88% of EN1’s annual goal and the achievement of 216% of its June quarter goal.

Mid-month revenue has scaled to about $48,000 per day with the $65,000 per day conservatively expected by the end of the June quarter.

Gross margins are consistent with April at 40%.

Management noted last week that operating expenses had been reduced, paving the way for improved margins as the year unfolds.

The company is moving quickly into stride with one publisher from group 2 publisher activations going live and exceeding expectations by generating about $4300 per day in revenue.

EN1 expects several other publishers to be live this week and to beat on the initial $10,700 per day target for group 2.

engageBDR estimates that the addressable US market size will be approximately US$70 billion and globally US$98 billion by 2020 (eMarketer).

These are dollars to be spent specifically on programmatic advertising across desktop, mobile and TV screens, exactly where EN1 operates.

EN1’s addressable market size for influencer marketing is US$10 billion globally, by 2020 (Mediakix).

EN1’s use of Ai (artificial intelligence) in programmatic advertising and influencer marketing is a rare and key differentiator in both of these arenas.