Shares in engage:BDR (ASX:EN1) opened at 5.0 cents after the company announced on Tuesday morning that IconicReach has expanded its influencer marketing to the video sharing app, TikTok.

This represents a near three-fold gain over the last five weeks as the company continued to release promising developments regarding its position in influencer marketing, progress that was reflected in a strong financial performance in the first quarter of 2019 when revenues grew by 320%.

IconicReach will be starting its first TikTok campaign with influencers in the music space, with the intent of creating a viral dance contest by well-known artists.

Campaigns on TikTok will be readily available for all new brands joining IconicReach, broadening IconicReach’s ability to incrementally increase revenue and contribute to profitability.

As a backdrop, TikTok is a social video app owned by Chinese startup, ByteDance.

The lip-sync app was originally known as Musical.ly, until August 2018, when ByteDance bought the app and merged it with TikTok.

Today, the app has well over 150 million daily active users, 500 million monthly active users and is among the most popular social platforms, behind Facebook, Instagram, and YouTube.

The app has experienced rapid growth, particularly in the US, as it allows users to record, watch and share 15 second videos, usually lip syncing to popular soundtracks, dancing, or creating comedy skits. 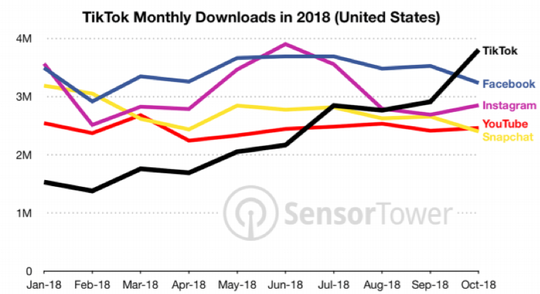 The video clips can be edited to add special effects and colour-changing lenses.

Users can also browse and interact with the content of other users, including liking, commenting and sharing videos.

Consequently, the addition of TikTok to Iconic Reach’s influencer market portfolio is strategically important for the broader engage:BDR group.

Tapping into a new demographic

TikTok is currently represented by many media authorities as the next Instagram and SnapChat, but specifically for Generation Z.

Many prominent influencers on TikTok are not prominent on other social platforms, making this a unique and incremental marketplace revenue opportunity for early adopters.

Brands are aggressively looking to run successful challenges and contests on TikTok, leveraging popular hashtags and collaborating with TikTok influencers, at this early stage.

As the app continues to grow and gain more users as indicated below, it may create more opportunities for the company to capitalise on user-brand integrations. 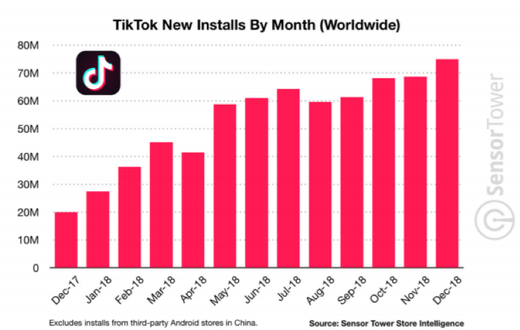 The company also provided a positive trading update in relation to the programmatic advertising product.

Revenue has been tracking potentially better than expected and management noted that the first 22 days of April have yielded the strongest revenue for start of a month and a quarter in the company’s history.

Gross profit margins have been sustained in the vicinity of 40% and EN1’s proprietary yield management artificial intelligence has not been deployed as of yet, but is planned to be live this quarter, providing further scope to accelerate revenue growth.