SHE now has an exclusive 24 month global licence and an option to acquire 100% of the equity of Protean Energy Australia.

The technology is a unique type of wave buoy or point absorber, which floats at the water surface and extracts energy from waves by the extension and retraction of a tether to its anchoring weight on the sea bed.

The deal will also see SHE appoint the inventor of the Protean Wave Energy Conversion (WEC) technology, Sean Moore, as Chief Technology Officer; and Bruce Lane as Managing Director.

SHE Chairman Richard Henning said, ‘We are delighted to be able to confirm the completion of the transaction with Protean and the formal appointment of both Sean Moore and Bruce Lane. The finalisation of these matters puts Stonehenge in an excellent position to deliver progress on both the Protean wave energy project and our South Korean projects.’

The deal with Protean Energy Australia is the first step in evaluating a new direction for SHE, which also has vanadium and uranium exploration operations in South Korea.

The Protean WEC technology has potentially unique applications and uses. The relatively light, small-sized and cleverly designed energy conversion units allow the technology to be tailored to customer needs. Market penetration into various sectors could be enabled by the fact the technology has a light mass and can be used at various depths and different wave intensities. This is due to its ability to capture energy through all 6 degrees of wave motion.

The main risk to reach commercialisation, however, is the long gestation period from initial Research and Development (R&D) to being commercially successful. This may take several years. Additionally, it is difficult to predict whether a product will gain popularity, as there are many variables and external factors to consider. Financial backers must have patience and deep pockets to see through projects that may take 10-15 years, all without the guarantee of future commercial success.

For whichever company that can ‘crack the code’ in commercialising wave energy technology with a design that is simple and easy to implement, there could be significant rewards. This explains why many companies are investing significant funds into wave energy R&D.

Several prototype phases have passed along the way since the initial R&D phase a decade ago, and now the technology can be tailored to customer needs. The next phase in Protean’s development involves a fixed price contract worth $500,000 AUD to develop a pilot wave farm array, which is slated to be delivered within the next 18 months.

The pilot project will deliver a power generation array of 30 Protean WEC buoys, with each buoy producing 1.5kWp (Kilowatt peak, or peak power). This test is the next major step on the way to full commercialisation of the Protean WEC.

The Protean WEC technology has the potential to be a game-changer in the renewable energy sector due to its potential to generate power at a significantly reduced size and cost compared to other wave technologies. The Protean WEC also has the additional ability to desalinate water.

The technology is designed with efficiency, low cost and scalability in mind. The fact that energy can be produced in low or high wave conditions means that the system could be used in a wide range of situations and by a variety of users. The Protean WEC technology can potentially be used in small or large scale power plants, fishing farms, border security and seawater desalination plants, amongst a wide range of potential uses.

The Protean WEC appears cheaper and more efficient than selected peers – but will it successfully move to commercialisation?

The global demand for clean, sustainable, energy sources is exploding. The need for alternative sources of energy such as wave energy will only intensify in coming decades as the world’s population and energy needs keep increasing.

Following ten years of research and development, SHE and Protean’s next phase of development could help to establish the technology as a potential standard bearer in the wave energy industry. 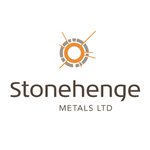