Deal done for ACU as it focuses on engagement

Activistic (ASX:ACU) has wrapped up a deal with US sports blogging site SportsBlog, which could see it reach up to 35 million people.

ACU previously inked a letter of intent with the site, which has 35 million subscribers with 14 million unique visitors per month.

The deal now done is a formal agreement to work together to promote ACU’s Veterans Call app.

This will include on-site display advertising, along with more comprehensive promotion strategies including direct outreach via email and social media channels.

An advertising push is currently being planned for the July 4 weekend in the US. 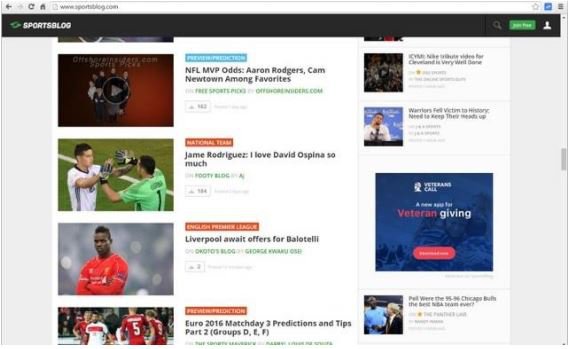 The deal also lays the groundwork for strategic options such as working together on veterans-related blogs as well as engaging veterans and sports celebrity bloggers.

Executive chairman of ACU Nigel Lee said SportsBlog had proved to be a great partner so far.

“SportsBlog is a terrific partner who have already moved quickly by getting Veterans Call branding and advertisements up on the site,” he said.

“We look forward to reaping the benefits of this partnership in donations for our charities, revenue for us and our partners and therefore value to shareholders.”

In other Veterans Call news, it said it was making tremendous strides in download to engagement rates.

It had previously outlined a plan to lift the number of people not just downloading the app but engaging with it by getting rid of ‘friction points’ within the app dissuading people from entering into ongoing use of the app.

It had said a previous version of the app was downloaded 50,000 times, but only 14% of users use the app once they download it with the rest of the downloaders not using the app.

ACU reported today that as a result of an app revamp that around 80% who download the app enter it and engage with it.

It has a longer term goal of 90% — something it has previously said it hoped to achieve by making the app scrape details about a user direct from a phone rather than requiring a user to enter information such as name, phone number and address manually.

It also said it would re-target those who had downloaded the app but not engaged with it.

More on ACU and Veterans Call

Veterans Call is just one of the apps in the ACU stable, with the company focused on the development of apps in the social sector which harness the power of micro-transactions to generate a return for a social cause, ACU, and a phone carrier.

It retains exclusivity over its unique payments workaround having agreed cornerstone deals with all major telecommunications providers prior to listing on the ASX last year.

Activistic allows subscribers to donate to any cause in any region from a simple mobile/online interface. ACU also provides significant cost savings to beneficiaries; with the nominated charity receiving 85% of the donated amount as opposed to ~32% in the traditional model.