DateTix (ASX:DTX) has announced a 30% bump in monthly active users – just as the dating app starts to launch in Shenzhen and Singapore.

The ASX-listed dating app play told its investors this morning that its Hong Kong users have now reached over 8300, with dates listed on the platform reaching over 6200.

The user figure is a 30% jump month-on-month, and comes as the app is being readied for launch in Shenzhen and Singapore this month.

Combined, the two markets represent 16 million people, with what the company says is “a large proportion of affluent singles”.

DTX CEO Michael Ye said the company was focused on both product innovation and providing a city-by-city roadmap for international expansion.

“We continue to experiment and test new marketing channels and product innovations in order to further increase user engagement and lower acquisition costs,” he said.

“At the same time, we are developing a city-by-city playbook, which will help us replicate the success achieved in Hong Kong into other major markets around the world.”

DTX confirmed its push into China and Singapore, with the company appointing Gao Yuan and Pascal Sam-Soon as city managers for Shenzhen and Singapore respectively. 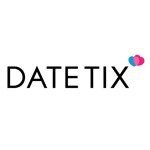