D13 partners with US juggernaut to enhance drone security

It wasn’t long after drones went mainstream, that security issues started to arise.

Drones, otherwise known as Unmanned Aerial Vehicles (UAV’s) have quickly developed from military research projects into mass-consumable products over the past 5-10 years.

Companies such as IOT Group (ASX:IOT) and Lily Robotics have manufactured drone products aimed squarely at the retail end of the market, priced at around $300-$1,000. Furthermore, global retail sales of drone products have increased dramatically on the back of consumer excitement and the novelty of drones allowing unprecedented video-capture capabilities.

However, the large growth seen in drones has also attracted nefarious criminals (as most new technologies do) who are intent on taking advantage of the porous security infrastructure drones are currently built on.

No sooner have drones pierced into the public consciousness, criminals have immediately followed suit.

The counter-response from drone manufacturers has been to frantically search for security measures that can be quickly developed and installed into their products. Another approach is to not focus on the drone, but rather create an equivalent of a ‘missile defence’ system that accurately detects incoming drones, with the possible functionality of disabling unauthorised drones while in mid-air.

Developing cutting-edge drone defence for the US Department of Defence

Department 13 (ASX:D13) is developing cutting edge software and communication systems that have the potential to transform the networking and communication fields as well as current applications in drone defence and mobile phone security.

D13 has 11 patents and 14 patent applications in the development of wireless protocol manipulation and communication networking software with applications in:

In its latest development move, D13 has signed a teaming agreement with Parsons, a privately-held US engineering and construction company employing 14,000 people in over 100 locations worldwide, and generating revenues of circa US$3.2 billion per year.

The agreement is still in its early stages, so investors in this stock need to take this into account before making an investment decision and should seek professional advice.

Under the 5-year “multi-million dollar, multiple-award, indefinite-delivery/indefinite-quantity contract” signed with Parsons, both D13 and Parsons will provide research and development and other engineering support to the Naval Research Laboratory Information Technology Division (NRL-ITD).

“Department 13 looks forward to collaborating with Parsons to support the innovative technical needs of the Naval Research Laboratory to develop cutting-edge capabilities to enhance the tactical advantage for the Navy warfighter,” stated Jonathan Hunter, Department 13 CEO.

“Our expertise in the areas of communications, networking, and cybersecurity will enable us to provide the necessary support to Parsons as they support NRL.” 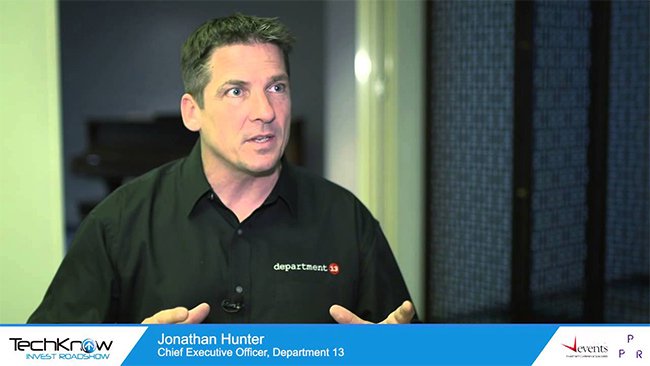 The Parsons/NRL contract furthers D13’s history of developing mission-critical, next-generation technologies for the US DoD. Currently, D13 is concentrating on developing Counter Drone Solutions for military purposes, although the final applications are likely to be widespread, covering both military, corporate and private users.

As a way of proving its concept and validating its technology, D13 will be showcasing its abilities along with seven other drone security companies at the MITRE CUAS Challenge at Marine Corps Base Quantico in August 2016. D13 has been selected as one of the finalists, and will present its patented MESMER System at the event.

Later in the year in September, D13 will take its wares to Florida, to demonstrate the effectiveness of MESMER at BlackDart, the DoD’s specialised ‘Counter UAS Test Range’ in Florida. As an event, BlackDart was created to attract the best technological solutions to drone defence, with dozens of entrants each year. 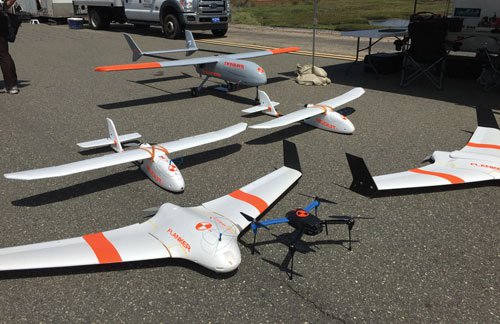