In a quarterly update released on Wednesday, Crowd Mobile (CM8) advised the market that it had performed well across its businesses in the three months to September 30, 2016, generating year-on-year growth in billed message volumes of 30%.

This drove revenues of $10.6 million from which the company achieved underlying EBITDA of $2.2 million. CM8 continued its record of delivering positive operating cash flow.

While this represented a solid performance in isolation, more importantly it lays a strong foundation for the company to deliver an impressive first half result for the six months to December 31, 2016.

From an operational perspective, management said positive momentum had continued into the second quarter despite this being a traditionally softer period.

However, CM8 remains an early-stage speculative stock, so caution is advised.

It has also been a productive period from a strategic perspective with the company having forged a two-year partnership agreement with Viacom International Media Networks (VIMN) which will see the two companies collaborate in a revenue sharing deal to develop new apps leveraging the latter’s popular brands and celebrities to maximise global exposure.

Some market analysts have hailed the deal as a ‘Babe in the woods meets commercial Gorilla for a digital rumble’, with more details keenly expected by tech-market market watchers.

In the coming weeks, it is expected that the two companies will combine to release five new apps incorporating CM8’s flagship question and answer capability within emoji style products. 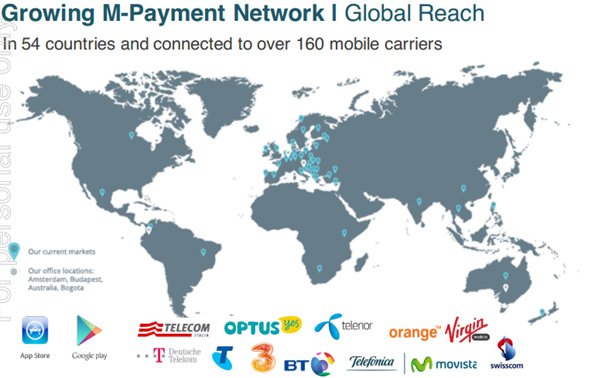 Chief Executive, Dominic Carosa, believes this initiative has the potential to bring customers closer to their celebrities. In essence though, it is a highly credible endorsement of the group’s technology platform given VIMN’s status as a leading global media company.

Another important development over the last three months was the signing of a Letter of Intent with SmartTrans Holdings (ASX: SMA) and its subsidiary SmartTrans Technology (Beijing) to form a partnership that will give CM8 a strategic entry point in terms of accessing the Chinese market.

As mentioned, CM8 looks well positioned to deliver a solid first half result and on this note Carosa said, “It is expected that the December quarter results will be materially higher than the September quarter”.

The group’s Q&A division continues to exceed expectations, and this along with a stabilisation in the company’s subscription business should provide growth momentum, with the latter positioning the company to release new products including those targeted at the Virtual Reality (VR) space.

CM8’s balance sheet is looking robust with net debt being reduced by $2.3 million to $12.5 million in the last three months.

It should be noted that Crowd Mobile is an early stage tech company, so seek professional financial advice if considering this stock for your portfolio.