CropLogic Ltd’s (ASX:CLI) wholly owned Oregonian subsidiary LogicalCropping LLC has signed a lease for 150 acres for a trial farm in Deschutes County, Oregon. The lease is for three years with an option to sub-let in years two and three.

Management views this latest news as another milestone in the group’s plans to farm industrial hemp in the upcoming 2019 growing season.

As such, it is an ideal location for CropLogic’s trial farm.

As an established hemp growing region, Oregon has best in class infrastructure and expertise in production, such that management views it as far superior to most other states.

The company noted today that its agronomy and precision agriculture team is well placed to crop industrial hemp in Oregon.

Management highlighted that CropLogic has a strong presence and regional knowledge of the Pacific north-west (Washington State, Idaho and Oregon) with an agronomy team that has serviced this area for up to 30 years and with a market share as high as 30% in some crops. 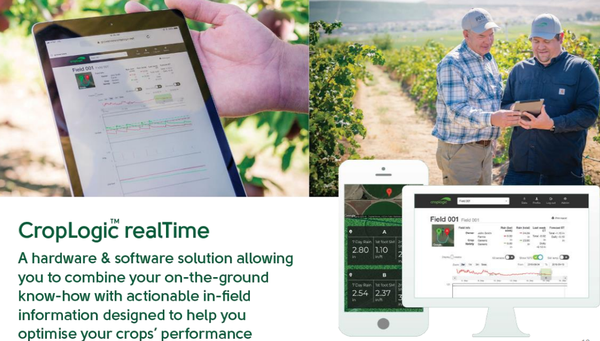 While CropLogic is in the process of developing farm plans and making preparations for the upcoming growing season, management provided an insight into its expectations regarding potential production.

“The price for hemp biomass varies between grade and variety, but prices of US$35 to US$45 per pound were reported in CropLogic’s recent investigations into the industry.”

Based on the midpoint of similar acreage production which is in the order of 260,000 pounds and a mid-range price of US$40 per pound, this would generate income of US$10.4 million.

With the Australian dollar hovering in the vicinity of US$0.71, this equates to $14.6 million.