Cutting-edge digital agricultural technology, CropLogic Ltd (ASX:CLI) has negotiated a new financial package that provides the company with a strengthened balance sheet, as well as the flexibility to fund initiatives that are inherently cyclical because of the requirements of the agricultural industry.

CropLogic has secured US$4.25 million facility (approximately AU$6.25 million) by way of a debt instrument.

This is further to the AU$3 million of equity raised in April, taking total funding secured to over AU$9 million in a four week period, providing full funding through to production, as the company progresses its Industrial Hemp Trial Farm in Central Oregon which has capacity to produce up to 1.1 million pounds of industrial biomass.

If management is able to achieve slightly higher prices than mid-range indications while delivering costs towards the lower end of the stated range, as well as achieving production numbers broadly in line with ‘same site’ comparisons, the pre-tax profit could be as high as $58 million.

Consequently, not only is this an ample and flexible financial arrangement, but it is in no way a stretch from a servicing perspective for a company that has such a buoyant near-term earnings outlook given sale proceeds from the first harvest should be received in late 2019/early 2020. 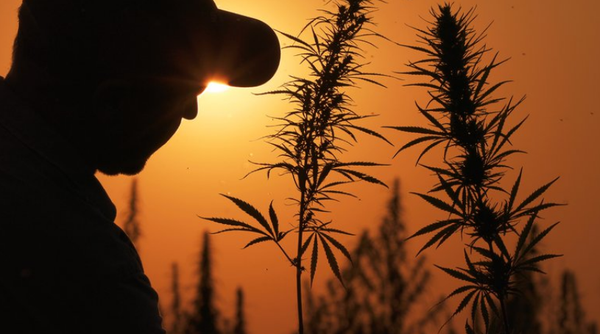 Underlining the significance of this development and providing perspective in terms of the group’s ability to readily attract capital and the timely nature of its deployment in terms of the company’s rapid progress, chief executive James Cooper-Jones said, “As we have mentioned in previous announcements, CropLogic’s growth, including the speed at which it is progressing its Industrial Hemp Trial Farm, is gaining the interest of capital markets and industry participants.

“The speed at which we have been able to secure equity and debt finance, the favourable terms therein and the international nature of investors, speaks to this growing global profile of CropLogic.

“It is a great credit to my team that rapid progress on our Industrial Hemp Trial Farm continues, with drip tape and mulch plastic beginning to be laid in the last week.”

Such has been the support for CropLogic that its investor base has broadened significantly, now including a consortium of North American and European investors led by a UK-based fund with connections and experience in investing in the industrial hemp industry.

Gaining support from this group is also important strategically as it is part of a network with links to other industry players.

Importantly, the consortium is incentivised by the potential to receive royalties linked to the quantum of CropLogic’s industrial hemp global sales.

Of course, CropLogic is no newcomer to the agricultural industry with experience across a range of crops, a factor that has assisted the group in making strong progress relative to many other players in the industry.

The following shows the company’s progress in the installation of drip tape and mulch plastic in readiness for the June planting season. 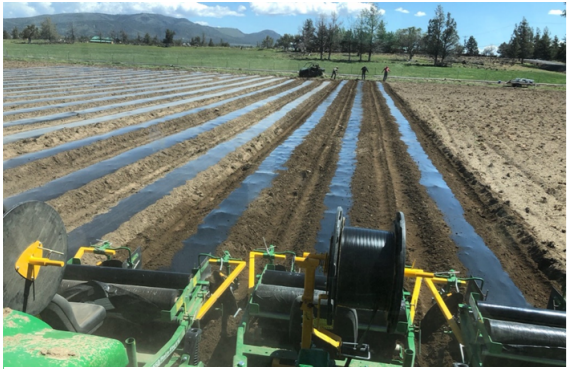 This is no mean feat given it is only two months since the company received the green light to establish a 150 acre trial farm, and only a month since the group received approval to increase the farm from 150 acres to 500 acres.

Whether it be the challenges of citrus growers in the Sunraysia region of Australia, meeting the needs of Yakima Valley hop growers in Washington or assisting hemp growers in Oregon manage their crops, CropLogic continues to impress with its technology and related services.