Collaborate strengthens relationship with Subaru with addition of 101 vehicles 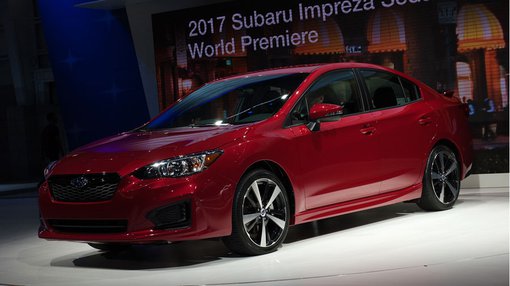 Collaborate Corporation’s (ASX:CL8) DriveMyCar division has developed a marketing package with Subaru (Australia) which will result in 101 Subaru Impreza 2017 model vehicles being added to its fleet.

This represents an increase of 20% based on existing fleet numbers and the addition of these vehicles equates to a value of $2.2 million. Under the company’s business model, the vehicles will be available for both private rentals and UberX rentals.

In terms of CL8’s overall operations, the company is focused on collaborative consumption, peer-to-peer or sharing economy businesses. This involves three core business segments being DriveMyCar.com.au, MyCaravan.com.au and Rentoid.com, with the latter being one of Australia’s leading peer-to-peer ‘rent anything’ platforms.

The company achieved an important milestone last week when it secured an underwriting for nearly $1.3 million in its listed options, a development which is expected to address all of the company’s short to mid-term funding needs.

Not surprisingly, this had a positive impact on the company’s share price as it increased 12%. From an operational perspective, the deal with Subaru could also spark interest in the stock as it represents an endorsement of the group’s relationship with one of Australia’s high profile motor vehicle distributors.

Although, it should be noted that historical data in terms of earnings performance and/or share trading patterns should not be used as the basis for an investment as they may not be replicated. Those considering this stock should seek independent financial advice.

Similar to other agreements negotiated by DriveMyCar, the marketing package is a win-win situation with the potential for thousands of Australians to experience and test drive the new Impreza in unique ways not previously utilised by other automotive manufacturers, effectively providing potential buyers with a ‘try before you buy’ opportunity.

The fact that Impreza vehicles will also be available for rental by UberX drivers will expand market coverage as both drivers and passengers examine the vehicle’s features.

From a commercial perspective, this has the potential to generate significant income for DriveMyCar as the vehicles will be available for rental from March 1, 2017 in Sydney, Melbourne and Brisbane for a price of $199 per week, highly competitive with traditional car rental groups.

Highlighting the benefits of the Subaru agreement, CL8’s Chief Executive, Chris Noone said, “We are delighted to be expanding our relationship with Subaru ten-fold so soon after our engagement late last year when the initial agreement involved the deployment of 10 Subaru Levorg wagons”.

Pointing to the collaborative benefits offered by the agreement, Noone said, “Through this new initiative, DriveMyCar delivers an amazing car at great prices to our customers and enables Subaru to lead the way in delivering innovative automotive marketing campaigns that deeply engaged with prospective customers in a unique way”.