Collaborate Corporation (ASX:CL8) could eclipse its 12 month record closing high of 2.6 cents after providing an extremely positive update regarding the company’s DriveMyCar business.

While management had already flagged a strong March quarter earlier in the month due to a robust performance in a normally unseasonal period, the figures released today reflect impressive trading on all metrics.

These have had a significant impact on the top line with gross revenue in the March quarter up 13% on the December quarter, the latter traditionally being the strongest three month period in the year.

As booking growth accelerated throughout March, and with many of the bookings for periods of more than 30 days, a significant proportion of revenue from these Net Rental Days Booked will be realised in the June 2017 quarter.

Based on confirmed bookings as at March 28, the forward revenues that will be realised in April 2017 already exceed the revenues achieved in April 2016.

However this company is in its early stages and interested investors should seek professional financial advice.

Importantly, management has reduced costs while growing revenues at a rapid rate, reflecting well on its credibility given the usual financial impost in growing businesses from the ground up.

The negotiation of a 35% reduction in the cost of DriveMyCar’s insurance policy should translate to a 10% improvement in gross profit commencing in the June 2017 quarter.

This has been central to the group’s overall cost-out achievements, and looking at the broader picture Chief Executive Chris Noone said, “With a higher revenue trajectory and lower costs, we look forward to reporting very strong results in the next quarter and beyond as the DriveMyCar business accelerates”.

CL8’s achievement of full utilisation from the fleet inclusion of 101 Subaru Imprezas, a development that only occurred in mid-February, is a reflection of DriveMyCar’s ability to quickly take advantage of new opportunities, indicating a thorough knowledge of end markets and its strong relationships with industry participants.

Rental days booked for UberX rentals increased 265% on a quarter on quarter basis. Rideshare rentals contributed 27% of gross revenue in the March 2017 quarter, up from 18% in the December 2016 quarter. This area of the business is shaping up as one that can deliver exponential growth off a relatively fixed cost base in the near to medium-term. 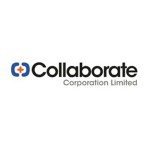