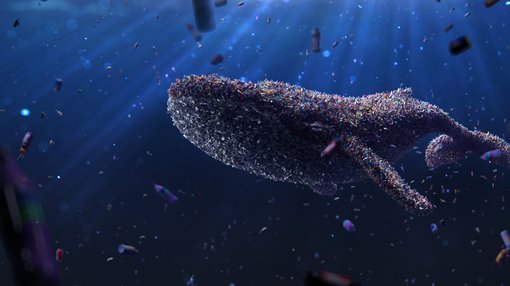 The situation is so dire that Indonesian officials declared a “garbage emergency” in response to a six-kilometre stretch of coast along the island being swamped by waste.

The pair’s Bye Bye Plastic Bags initiative, which saw them speak at United Nations conferences, with international government leaders, and on TED Talks, as well as being recognised by CNN, Al Jazeera, and on Forbes’ Top 10 Most Inspiring Women list, has finally succeeded in banning plastic from the Indonesian island.

From 1 January 2019, Bali’s Governor, Wayan Koster, has banned single-use plastics, including styrofoam, plastic bags and plastic straws — a dream the Wijsen sisters have been working towards since they were just 11 and 12 years old.

This is certainly a win for Bali and its tourism industry, along with the island’s ecosystem.

It's not just Bali that’s addressing the plastic problem. As part of the UN's Clean Seas program, the Indonesian government has pledged to invest $1 billion in reducing marine waste by 70% by 2025. This is significant as Indonesia’s plastic waste accounts for 10% of global marine plastic pollution, making it the second largest plastic polluter in the world after China.

Moves like these have seen the rise of cleantech stocks. Yet it’s not just the environmental benefits that’s attracting investors. While local and global stock markets have suffered in recent months, the Australian CleanTech Index outperformed the ASX200 for the second quarter of FY19. And longer term, the Australian CleanTech Index came out nearly 30% ahead of the ASX200 over three years, and more than 50% ahead after five years.

One company that ticks the boxes for socially responsible investors is sustainable and eco-friendly bioplastics developer, SECOS Group (ASX:SES).

The group is at the forefront in bringing bioplastic compostable films and resins into the mainstream to replace the widespread use of traditional petroleum based plastics.

SECOS began operations at a greenfield Malaysian bioplastic resin manufacturing plant in July last year and is ramping up production of the higher-margin biodegradable, compostable and hybrid resins that can be used to make sustainable hygiene and other packaging materials.

It has a new 30,000sq ft. facility, located close to Malaysia’s largest port, which will provide the company with additional capacity and sales to meet the growing global demand for bioplastics and further expand in the key markets of Malaysia, China and the US, where it already has strong foundations.

SECOS also manufactures traditional plastic films for use in nappies and other hygiene products through its Stellar Films division. However, the focus going forward is squarely on the higher-margin bioplastics division, particularly compostable resins.

With that in mind, the company this week provided an update on its decision to cease its Australian film manufacturing operations, as announced in November.

SECOS is reducing its exposure to underperforming traditional plastic assets, and has been looking to sell its Australian subsidiary, Stellar Films Group Pty Ltd (SFA), and its assets.

The move is in line with management’s decision to shift focus to higher-margin bioplastic assets. This decision was supported by an independent strategic review last year by Promentor.

However, with no buyer identified at this stage, the Board of SECOS have decided it is in the best interests of shareholders to wind up the SFA business and have appointed Jason G. Stone and Petr Vrsecky of PKF Melbourne as liquidators. SECOS expects that one-off cash charges in respect of the winding up of SFA will not exceed $0.9 million in FY19.