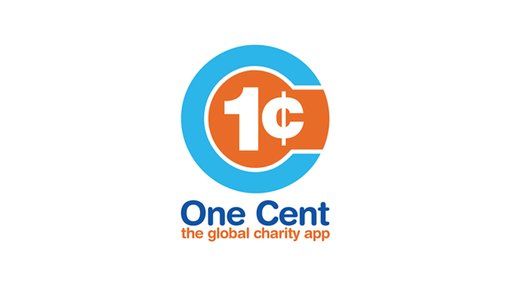 There is no doubting the ubiquitous use and rapid uptake of smart phones across the globe – 5.6 billion smart phone subscriptions are expected by 2019.

Within this environment, online micropayments – tiny transactions involving a small sum of money – have been mooted as a useful way to do business in the 21st century.

Set against this backdrop, $2.3M ASX listed Acuvax (ASX:ACU) are set to acquire 100% of Activistic Pty Ltd in the coming months. A Securities Sale Agreement for the deal has just been released, and the same ASX release includes details on the agreement.

Activistic own a technology platform which brokers online micropayments across smart phones and other devices. $1.2M in private venture capital has already been invested to develop the technology to date.

With the rise and rise of smartphone use, Activistic’s technology is well placed to fill a gap in the potentially large global micropayment market.

By taking a small percentage of high volume low value transactions, Activistic has the potential to become highly profitable. However this will depend on mass uptake of the technology.

Historically, global acceptance of micropayments as a standard payment method has been hindered by implementation issues, related primarily around ease-of-use, security and systems compatibility. Activistic has solved many of these problems, as demonstrated by One Cent Call, a subsidiary of Activistic that uses the technology, and is currently establishing a presence in the UK.

Activistic’s One Cent Call is a micropayment service which allows simple recurring donations to be made to a cause of the user’s choice, billed through their mobile phone. Donations can be as little as 50 cents per donor per month.

In addition to One Cent Call, Activistic has developed a suite of apps which utilise similar technology, with sophisticated processing administration systems.

Activistic are planning a global roll out of the technology over the coming years, with a near term focus on the UK, US and Australia.

A global roll out would require few modifications to the technology platform, and as the technology is easily scalable, admin and overheads could be kept low. The technology can also be incorporated into third party products via APIs, providing a seamless solution for businesses seeking a ‘social good’ element to their services and adding an additional layer of customer engagement.

Activistic is now preparing to enter the US market in the coming months, and plans to fast track market entry by teaming up with payment aggregators. A payment aggregator provides a service through which e-commerce merchants can process payment transactions. This will potentially allow Activistic access a large percentage of the US prepaid and postpaid mobile market – facilitating entry into the US$300BN donations market in the US.

There are many potential applications for this technology, and via One Cent Call, Activistic is already establishing itself in the UK charity fundraising space.

As mentioned above, the US alone donates over US$300 BN annually to thousands of non-profit organisations.

However, traditional fundraising models, which can charge charities upwards of half of the donation amount in some instances, are much less efficient than micropayment donations like the ones brokered by Activistic.

Charges by traditional fundraisers can include staffing and other costs which take up a large portion of the donation amount. The least efficient charities can spend over 90% of the funds they receive in covering their costs, resulting in just 10% or less going to the cause.

Recent examples include Special Olympics Australia retaining just 4% of the money raised for the charity. Other programs have raised as little as 15% for World Wildlife Fund.

This inefficient direction of donations puts both sides of the transaction off side – the donor and the recipient.

To address these conventional fundraising problems and inefficiencies, Activistic have applied their micropayment technology to the industry, through One Cent Call.

Activistic’s subsidiary One Cent Call provides a micropayment mobile app for charitable donations, and has recently launched in the UK.

Donations through Activistic’s One Cent Call are much more efficient than traditional fund raising efforts, and can pass up to 85% of the donation directly to charities. This can make One Cent Call’s product appealing to both charities and donors.

Becoming an established business and brand, One Cent Call has a 90% footprint for postpaid and prepaid mobiles in the UK. Moreover, it has an exclusive agreement with major telecommunication aggregator OpenMarket, helping to entrench its position within the industry.

Importantly, One Cent Call’s micropayment technology does not require credit cards, bank details or contracts. With small donation commitments, it is can be more appealing for younger generations to become involved in giving.

The sign-up process can take as little time as two minutes. Additionally, One Cent Call has responded to younger audiences’ preference for no lock-in contracts. This allows much greater market penetration and ease of customer acquisition.

One Cent Call’s features appear to break the mould of traditional forms of donation giving, which lack transparency, require a longer sign-up process and require personal details to be recorded. The new features may assist the app in gaining wide acceptance and popularity.

The use of payment aggregators in the micropayment process by Activistic has the potential to alter the existing transactional landscape.

When micropayments work together with payment aggregators, the administrative work associated with donations is handled by the payment aggregator. Mobile users are billed a lump sum as part of their billing cycle, rather than a series of small transactions.

The low administrative costs may attract many charities that wish to be more efficient with its funds, and help global acceptance of Activistic’s offering.

In the US, One Cent Call intends to reach an agreement with the industry’s foremost payment aggregator. This could potentially give One Cent Call approximately 99% access to the US prepaid and postpaid mobile market.

Other expansion areas include licensing the technology to special interest groups such as for political or religious causes. The broad appeal of the product is evidenced by several companies already seeking to use the technology for their campaigns.

Other similar agreements with payment aggregators have been entered into globally.

The technology has a patent pending, first mover advantage and exclusivity agreements to help protect Activistic from competition erosion. Given that One Cent Call already holds access to approximately 90% of users in both the UK, the future success of the technology has potential.

The progress of One Cent Call has helped Activistic sow the seeds for global acceptance in micropayment donations.

A Securities Sale Agreement has just been struck between Acuvax (ASX:ACU) and Activistic, however ACU shareholders will need to approve of a number of details before the deal is entirely completed. This includes approval of a share consolidation (not more than 150 to 1) and a minimum capital raising of $3M (30M post consolidation shares @ $0.10 each).

Activistic will continue developing their UK business and look to launch in the US and Australian markets in the coming months.

Whilst the rollout is still at an early stage and deep market penetration is still to be achieved in these regions, with the ease of use, low administration costs, exclusive agreements and broad market appeal, Activistic has the potential to become the global standard for micropayment donations.