Following on from a number of successful cooling pilots on edible herbs and promising interim results on medicinal cannabis, this latest pilot saw ROO’s patented RZTO technology used to cool the roots of Alstroemeria, a Peruvian lily.

ROO’s disruptive RZTO technology optimises plant physiology for increased growth, productivity and quality by stabilising the root zone temperature of the plant in question. It also mitigates against the impact of daily and seasonal temperature changes, helping farmers grow crops more effectively throughout the year.

These latest pilot results showed that the growth and cultivation of flowers with cooled roots started seven weeks earlier than un-cooled control plants. The extended growing season also allowed the pilot farmer, Yarden Mualem, to obtain a premium price of more than double the standard rate for out-of-season flowers.

"Due to high greenhouse temperatures during the warmer months, I previously had to limit flower harvesting to only 25 weeks a year,” Mualem explained.

"However, this early blooming accounted for a 20% increase in production – the equivalent of 150,000 flowers per hectare."

In Israel, the ability to harvest flowers year-round will double Mualem’s yield and deliver a return on investment in a year.

The pilot was conducted on the cool climate crop during the scorching Israeli summer between September and October in a quarter of an acre greenhouse. The site in central Israel holds an average of 33,000 rhizomes per hectare with each producing about 40 flowers per year.

Roots used its RZTO cooling system to keep the flower roots relatively stable at an optimal range, despite high ambient air temperatures in the greenhouse.

At 45 days growth, the RZTO-cooled Peruvian lilies (shown on the left in the image below) were full of buds and already flowering, compared to the non-cooled plants in the pilot control group, which were still in a vegetative state (on the right): 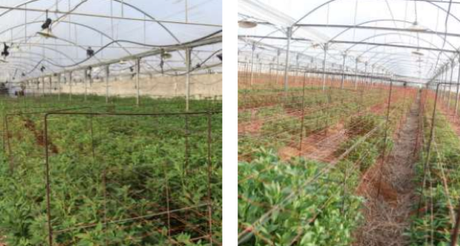 Roots CEO, Dr Sharon Devir, pointed out that the floriculture sector is very diverse and includes the production of floral crops such as cut flowers and cut foliage, flower bulbs, potted flowering, as well as foliage plants and bedding plants.

Driven by increased use in social political, sport and entertainment events, annual global floral production of these high-value crops is estimated at US$55 billion, growing at a compound annual growth rate of 5%. 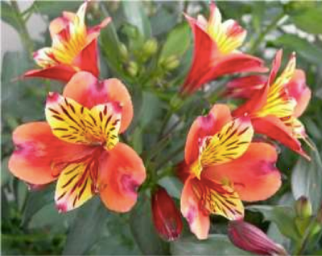 “We see many opportunities with floriculture crops as crop yield optimisation and growing cycle management is critical, as most cut flowers do no travel well and have limited lifespans,” Devir said.

“Drawing on the success of RZTO on various crops, edible herbs and medicinal cannabis, we wanted to demonstrate to the floriculture sector how the Roots RZTO technology optimises the root zone temperatures – in this instance, by cooling Alstroemeria until the optimum temperature of the flower is reached and maintained.

“The RZTO system successfully cooled the root systems of the Alstroemeria seedlings, provided increased protection from the Israeli heatwave it experienced, and stabilised the temperature range between night and day.

“This allowed the farmer to dramatically increase growth and gain higher yield quantities. This would allow the possibility of additional productive growth periods, leading the farmer to benefit from higher, premium prices for longer periods for a crop that would normally be out of season,” Devir noted.

Devir added that this successful pilot has enabled Roots to undertake in-depth discussions with stakeholders in the floriculture sector, who are keen to see whether RZTO could benefit representative crops common in the industry grown under extreme conditions.

Just last week, ROO revealed outstanding interim results for its world-first open field RZTO heating pilot, showing an increase in the size of cannabis crops of up to 272%.

That pilot, which was conducted in Washington State in the US, showed that ROO’s technology could effectively stabilise the crop’s root temperatures despite air temperatures dropping below zero degrees centigrade.

Importantly, ROO is the only company in the world with commercially viable two-in-one root zone cooling and heating technology — a considerable competitive advantage in the increasingly crowded ag-tech space.