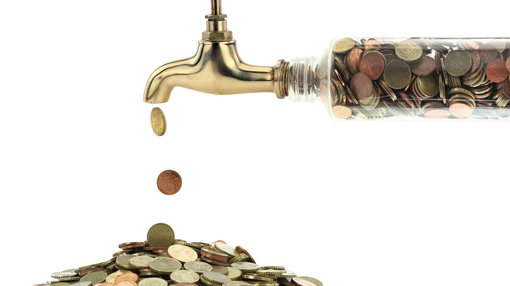 Water prices have doubled in the last 12 months, putting pressure on crop growers across several regions of Australia. This current predicament has been caused by inadequate rain and too-high demand.

With the threat of prices rising even further, many growers are even reconsidering the cost-benefit-risk profile of planting crops at all.

South Australian fruit grower, Nathan Jericho, told the ABC last week: “If we're going to only get really low prices and if we've got to spend a lot more on water, well we start to question whether we can sustain growing these crops.”

This problem has been the subject of ongoing discussion for some time now.

Not only does it affect farmers, but the flow-on effect is also felt by retailers and consumers.

In May, Richard Heath, executive director of agriculture research firm Australian Farm Institute, said that while “every drought was different”, they generally lead to grocery bills rising at double the rate of inflation.

Heath said: “Drought is not a new feature of Australian agriculture and generally what’s happened in the past is there has been in increase in grocery prices overall ... generally the price has increased at about twice the rate of the consumer price inflation during equivalent periods of drought in the past.”

Governments are working hard to solve the problem, although their efforts are seen by some growers as falling short.

According to the Ministry of Agriculture and Water Resources, water entitlements (or allocations) surpassed $4000 a megalitre in two Murray-Goulburn areas during September, and reached $5000 a megalitre for the Murrumbidgee in NSW.

On Friday, Federal Water Minister, David Littleproud, announced that a landmark agreement between state and federal governments had been reached for the Murray-Darling Basin Plan.

The plan stipulates that up to 450 gigalitres of water will be returned to the environment, provided it does not have a negative socio-economic impact on river communities based on specific criteria.

The terms of the agreement remain controversial, with many farmers and communities holding protests in response.

Private companies are also attempting to create sustainable solutions, with innovations in ag-tech becoming more critical than ever in this time of need.

Ag-tech junior, CropLogic (ASX:CLI), is looking to help solve these types of problem through a patented solution that combines hardware and software — CropLogic realTime.

Here’s a look at how it works:

The product was born out of IP from the New Zealand Institute for Plant and Food Research Limited, and offers irrigated crop farmers a system that brings together science, agronomy and technology.

The idea behind CLI’s solution is to support large-scale crop growers in increasingly fraught and high-stakes decision-making. In August, this ag-tech small cap opened an office in Mildura, Victoria, representing its first regional foray in Australia.

The Mildura region produces 98% of Australia’s dried grapes and 75% of the country’s table grapes, as well as other ‘boom’ crops like almonds and citrus fruits. These crops have recently experienced exponential price growth due to the region’s established road network, a positive trade environment, and new market demand coming from Asia.

This south-east corner of Australia contains around 75% of Australia’s horticulture sales and the new office allows CLI to service several key regions, including the Sunraysia, Riverland, Mallee and Riverina regions.

Citrus growers are in a particularly good position at the moment, with a booming industry that’s bringing with it an increase in prices and demand. In fact, the industry is predicted to see new records for prices in the near-term.

And here’s a particularly juicy metric: citrus growers are now getting two to three times as much for their fruit as they were five years ago, according to chairman for Citrus Australia, Ben Cant.

While these prices may be soaring, much of the returns could be offset by the high price of water.

CropLogic realTime thus becomes a viable solution for citrus growers, with its ability to help growers get the most bang for each buck spent on water. This is a key point, considering all citrus grown in Australia is irrigated.

At a time when we have worried growers thinking twice about the profitability of their crops, an affordable solution to assist with water management could see a lot of uptake — particularly if the water situation worsens, as predicted.

With any luck, products like CropLogic realTime will save producers from having to take the kinds of drastic measures seen during the Millennium Drought — Australia’s worst in recorded history — which saw farmers selling up to 50% of their permanent water to the federal government.