A fourth gorilla is closer to entering the rainforest with news that the Australian Competition and Consumer Commission will not oppose the merger between Vocus Communications (ASX:VOC) and M2 Group (MTU).

At the back-end of September VOC and MTU flagged their intention to merge to create a telecommunications company capable of taking on the likes of Telstra, Optus, and TPG.

The deal still needs to be signed off by investors, but a merged entity would become a company with $1.8 billion in revenue and $370 million in EBITDA, before any synergies are explored.

The new company would soar into the ASX100 and become the fourth largest integrated telecommunciations company in Australia.

However, the deal has cleared the regulators with the ACCC saying the merged entity would still face stiff competition allaying their concerns.

“The ACCC concluded that this was primarily a merger between two complementary businesses,” ACCC chairman Rod Sims said in a statement.

“This merger consolidates the fourth player in the market.”

The ACCC also found the two companies to have very few overlaps in their businesses.

Vocus is the wholesale partner of the two, with it being a provider of data centre, dark fibre, and international internet connectivity across Australia, NZ, Singapore, and the US. It owns 1600km of metro fibre in Australia and 4300km of intercity fibre in New Zealand.

M2 on the other hand is the consumer provider with brands such as Dodo and iPrimus in its stable. It also plays in the business segments alongside its consumer offering in both Australia and New Zealand. 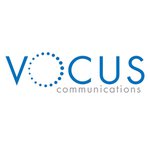