The updated resource ticks another important box for the group’s Kildare Zinc Project, with the contained zinc and lead resource inventory increasing to more than 850,000 tonnes.

This significant improvement to the resources at Kildare greatly reduces the exploration risk threshold and provides a very strong foundation for ZMI’s ongoing exploration, which is seeking to discover new zones of mineralisation, while also expanding the known mineralisation.

The Inferred Mineral Resource for the McGregor and Shamrock Zones of the Kildare Zinc Project using the preferred zinc equivalent cut-off grade of 5.5% is summarised in the following table.

With an enterprise value of $9 million, the company is certainly punching above its weight with an inferred mineral resource of 9 million tonnes at 9.5% zinc and lead and multiple zones of mineralisation from near surface demonstrating 500 metres of vertical extent.

Ireland has a rich history of zinc mining as demonstrated by the profitable Lisheen and Galmoy mines which were also located within the Rathdowney Trend within 80 kilometres of Kildare. 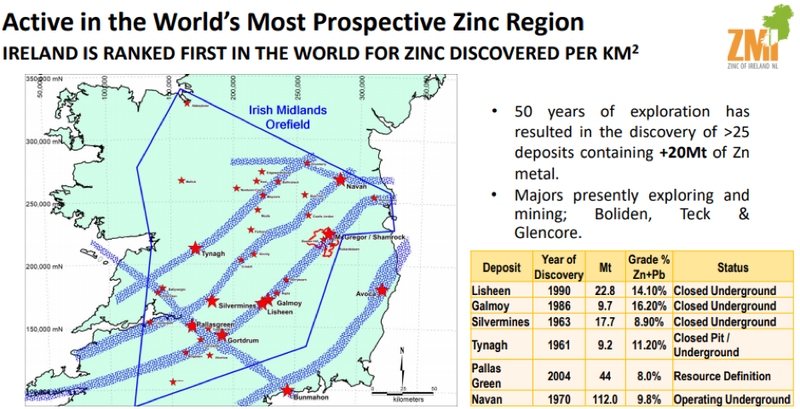 Prior to completing the updated resource estimate, ZMI technical management and its specialist consultants undertook a multi-phase data acquisition programme in order to materially increase the level of knowledge and understanding of the Allenwood Graben, a highly prospective area of approximately eight square kilometres located within the greater Kildare Project.

The latter has been particularly important in terms of establishing a zinc equivalent cut-off grade for use in resource reporting.

The metallurgical test work was carried out at a course grind size using a standard differential flotation process and a standard reagent regime.

This is a highly technical part of assessing the commercial viability of the ore which will be part and parcel of determining the economic credentials of the project, and in ZMI’s case the bottom line clearly delivered promising metallurgical results. 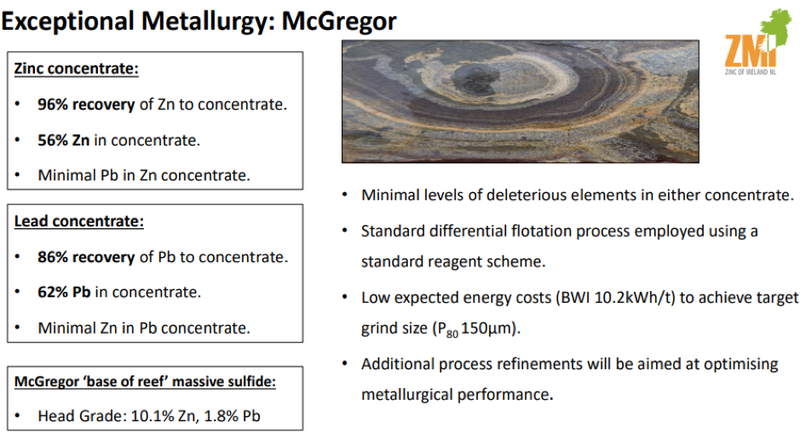 Management has gone to exhaustive lengths in all aspects of developing the project, including the retrieval of historical data, exploration outside of known mineralisation and extensive deeper drilling based on well researched targets.

ZMI’s approach to arriving at a zinc equivalent formula was just as intricate with the group applying average prevailing zinc and lead prices over the last five years.

Expansion of resource proximal to McGregor and Shamrock

The Phase 1 exploration drilling campaign is ongoing in the Allenwood Graben with multiple rigs targeting areas with the potential to host additional zones of mineralisation similar to McGregor and Shamrock.

The planning of the Phase 2 drilling campaign is also being advanced, with particular focus being on the significant potential to expand the resource proximal to McGregor and Shamrock. 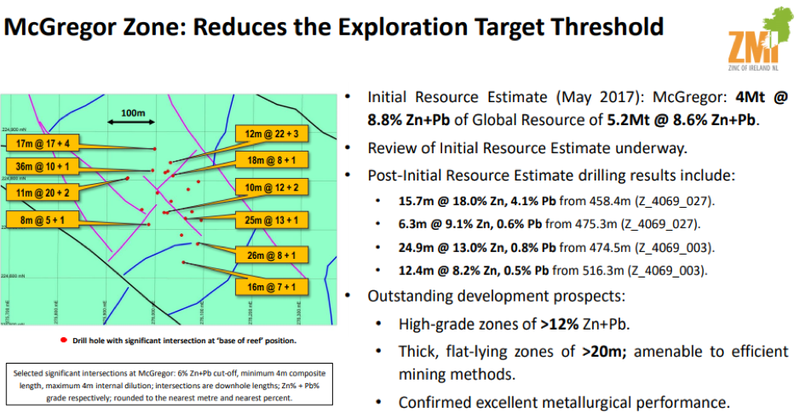 Allowances will also be made to follow up areas of priority from the Phase 1 drilling.

Parallel activities such as environmental, ESIA and additional metallurgy work will also be undertaken with a view to further de-risking the Kildare Zinc Project, such that any formal economic and development studies to be undertaken in the future can be expedited.