The outstanding potential of the Red Mountain project is highlighted by the two high grade deposits, with an Inferred Mineral Resource of 9.1 million tonnes @ 12.9% ZnEq2 for 1.1 million tonnes of contained zinc equivalent at Dry Creek and WTF deposits. 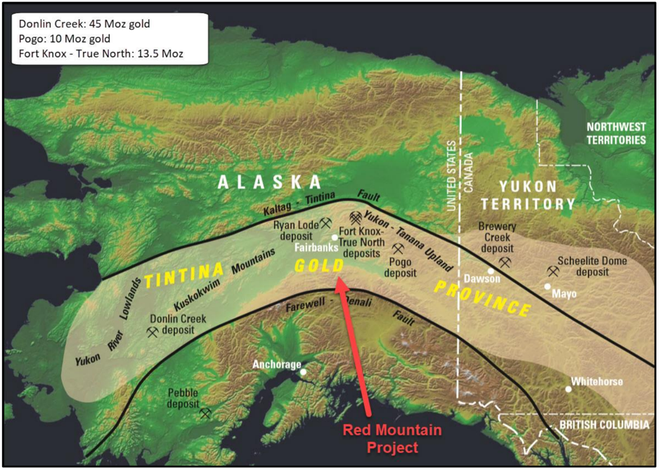 It should be noted that the nearby Pogo gold mine, recently acquired by ASX-listed Northern Star (ASX:NST), was discovered on a similar stream sediment gold anomaly.

Sandfire spent A$8.5 million on the project in 2019 and will withdraw without earning any retained interest. White Rock were the beneficiary of some A$7.7 million spent on the ground in 2019 and earnt some $770,000 as manager in the process.

White Rock will now initiate a process to secure funding to explore the exciting new gold anomaly at Last Chance during the 2020 field season. It still has many targets to test, including the VMS target at Cirque it discovered and follow-up work at Hunter.

White Rock’s 100% control of the Red Mountain VMS mineralisation and the newly defined IRGS target at Last Chance provides its shareholders with much greater upside leverage in value creation through discovery.

White Rock MD and CEO Matt Gill said “While White Rock understands that commercial decisions can be at odds with individual project pathways, the retention of 100% of the Red Mountain Project will allow White Rock to identify alternate funding to advance the zinc and precious metals-rich VMS deposits while also pursuing the exciting new gold prospect at Last Chance with 100% of the upside exposure provided to White Rock shareholders.

“Our aim is to create value for our shareholders through exploration success, a core strength of the White Rock Board and management team.”