Recognition of the quality and potential size of the Red Mountain Project, as well as its exposure to the high flying gold and silver commodities has prompted a substantial increase in White Rock’s share price since June.

During the latter half of the 2019 field season, reconnaissance of historic VMS prospects has been completed with the Cirque prospect highlighted below identified as the highest priority area for follow-up. 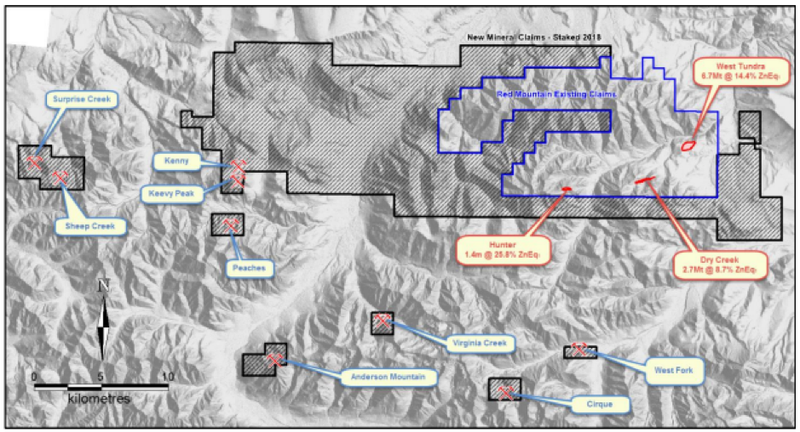 The Cirque prospect which you can see lies to the south of Dry Creek, WTF and Hunter was discovered in 1976 by RAA, Getty and Phelps Dodge.

Massive sulphide float blocks, of up to 2 metres thick, occur within 300 metres of mineralised calcschist and carbonate outcrop.

A surface geophysics crew has now just completed a single fixed loop electromagnetic (EM) survey which is normally very accurate in terms of determining the potential of VMS deposits.

This was completed across two horizons of massive sulphide that extend east under glacial till cover.

Modelling of the results by Newexco, a specialist geological and geophysical consulting firm, shows a clear long wavelength anomalous response on all four lines (see below), consistent with a single, strike and depth extensive, conductive horizon. 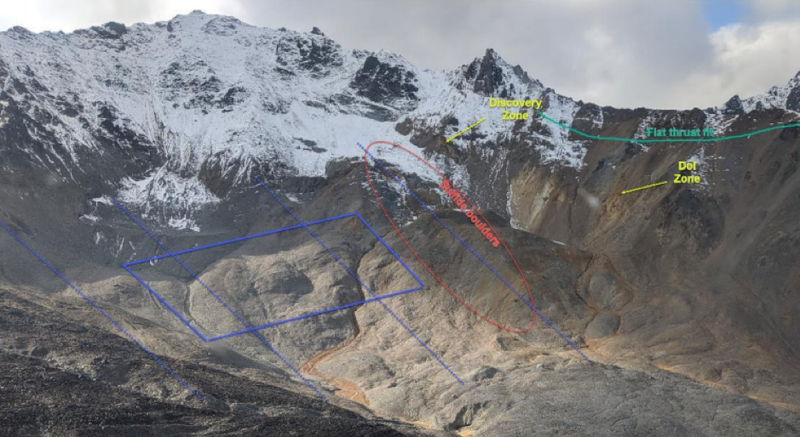 The conductance is low which may be consistent with a VMS horizon containing weakly conductive lead-zinc sulphides.

A second conductive horizon to the south is very weak with further surveying likely required to better define this feature.

Commenting on this latest development and its implied endorsement of the company’s decision to expand its land holding at Red Mountain, managing director, Matt Gill said, “The potential for multiple VMS deposits throughout the company’s large strategic tenement package, expanded to 475 square kilometres last year, is only now beginning to be understood.

“Our first ground geophysics survey on a historic prospect has identified the type of conductor that could reflect significant massive sulphide accumulations.

‘’We continue to be excited by the targets being generated and the opportunities that presents for follow-up drilling.”