Drill hole DC19-96 tested an aggressive 200 metre plus down-dip step out from the known high-grade zinc – silver – lead – gold mineralisation of both the Fosters and Discovery lenses at the Dry Creek deposit.

Drilling was then terminated due to poor ground conditions and the end of the field season corresponding with the onset of winter. 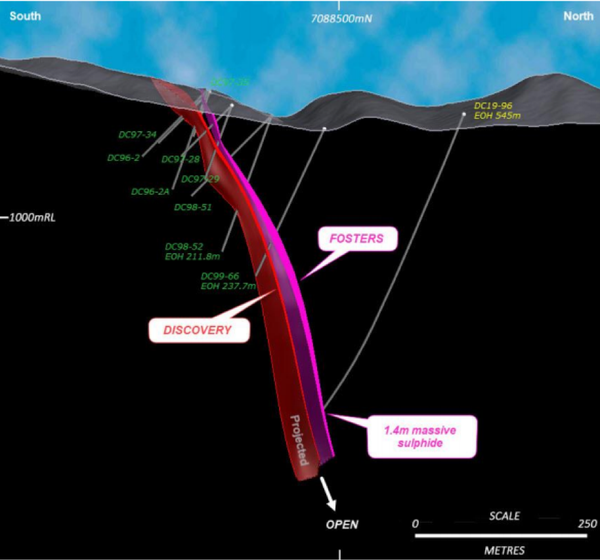 Drill hole DC19-96 targeted down-dip from historic drill holes DC19-66 and DC19-52 that contained significant mineralisation intersected in both the Fosters and Discovery lenses, as shown in the following table of assay results from historical drilling at Dry Creek. 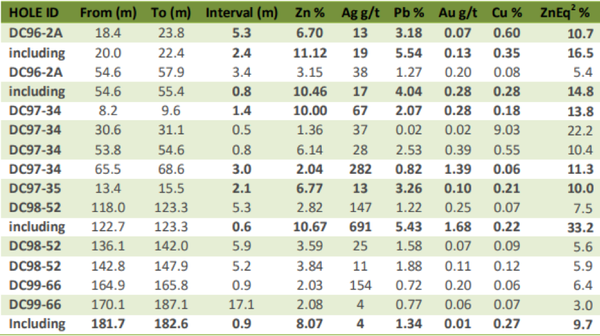 This most recent news builds on other data that provides confidence in delineating extensions to existing mineralisation and/or new discoveries as exploration continues.

It is worth noting that nine of the 24 holes drilled in the 2018 program returned zinc equivalent grades in excess of 10% with three of these greater than 35% equivalent.