Xplore has concluded the first phase of the surface soil-sampling program, focused on pre-selected high-priority targets aligned with magnetic peaks.

Geochemical analysis follows the completion of field mapping and preliminary geological assessments for both projects, which are positive for prospective cobalt-scandium mineralisation.

Over 140 surface soil samples (including 60 from the Husky project) have now been dispatched to the laboratory to test for traces of cobalt-scandium-nickel mineralisation in the overlying soils, with follow-up sampling programs planned for both tenures in several weeks.

Significantly, the geology team believes the magnetic anomalies within the Malamute project could be Alaskan style zoned ultramafic associated cobalt-scandium-nickel mineralisation, which was identified from reviewing legacy drilling results within the tenure.

Results from the soil samples currently being tested can be used to formulate the inaugural drilling programs across both project areas.

Pending the release of geochemistry results from the laboratory, which could take several weeks, the geology team will now fast-track desktop work on the newly acquired WA assets, Galah Well and Peperill Hill, for sulphide-hosted cobalt mineralisation.

VIC non-executive chairman, Dr James Ellingford, said: “The board is pleased that the fast-tracked exploration strategy for the Husky and Malamute projects is now well ahead of schedule.”

“Within a matter of weeks, the geology team should have sufficient data to determine an inaugural drilling campaign for our NSW assets. While waiting for the soil-sample results, desktop work can now commence on ascertaining the extent of cobalt mineralisation within the Galah Well and Peperill Hill projects in Western Australia,” Ellingford said. 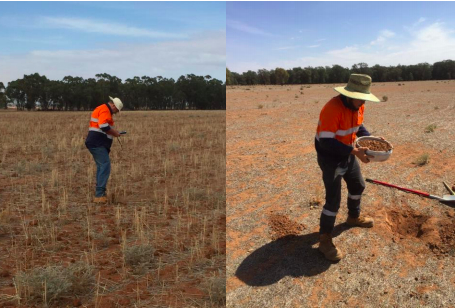