The initial RC programme is expected to be completed by early June with drilling focusing on shallow high-grade gold mineralization in historical drilling and interpreted down-plunge extensions at the two main gold prospects, ‘Currans North’ and ‘Red White and Blue Middle Workings’.

To provide perspective, the broader Youanmi Gold Project is shown in the first diagram while the second focuses on the areas where drilling will be undertaken. 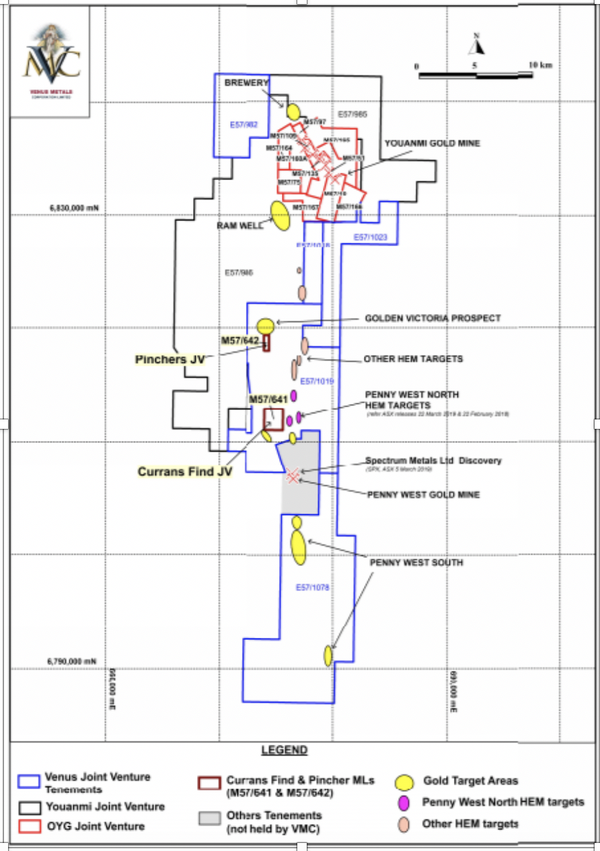 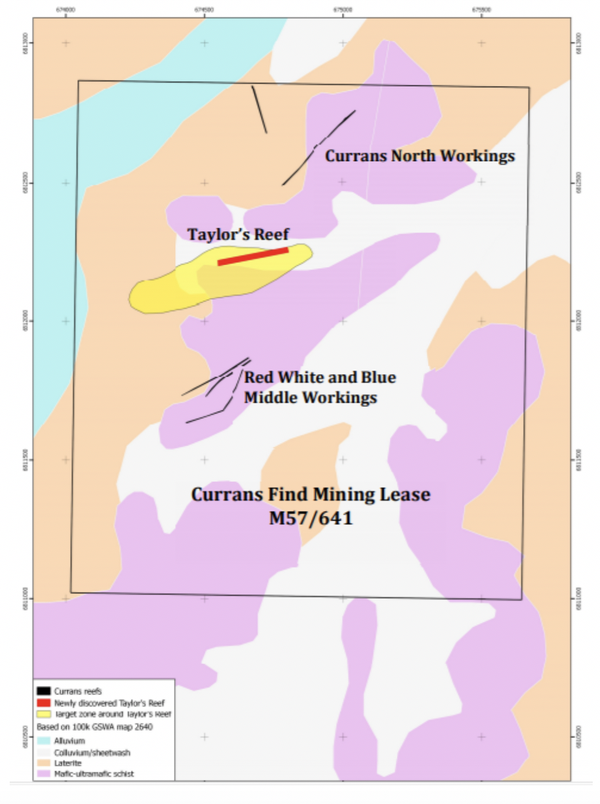 The 90% interest is shared equally between Venus and Rox, with the remaining 10% held by Taylor with Venus managing the joint ventures.