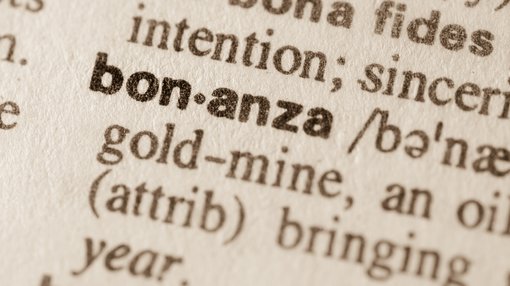 Shallow reverse circulation drilling was recently conducted across a series of shallow holes to the south of the Youanmi plant to test a laterite gold target.

Notably, near surface gold grading more than 1000 g/t has been discovered.

Interestingly, shares in Rox Resources who released the announcement on behalf of the joint venture are up more than 20%.

Consequently, as investors become aware that Venus has an equal share of the project, it could also experience significant momentum.

Importantly these results come less than a fortnight after the joint venture released promising results from the Youanmi South and Commonwealth drilling, including 4 metres at 11.2 g/t gold and 3 metres at 5.4 g/t gold.

The laterite zone appears to have an average grade of approximately 1.5g/t gold and thickness of about 2 metres and is continuous from historical drilling at the airstrip over an area of about 280 metres by 100 metres as indicated below. 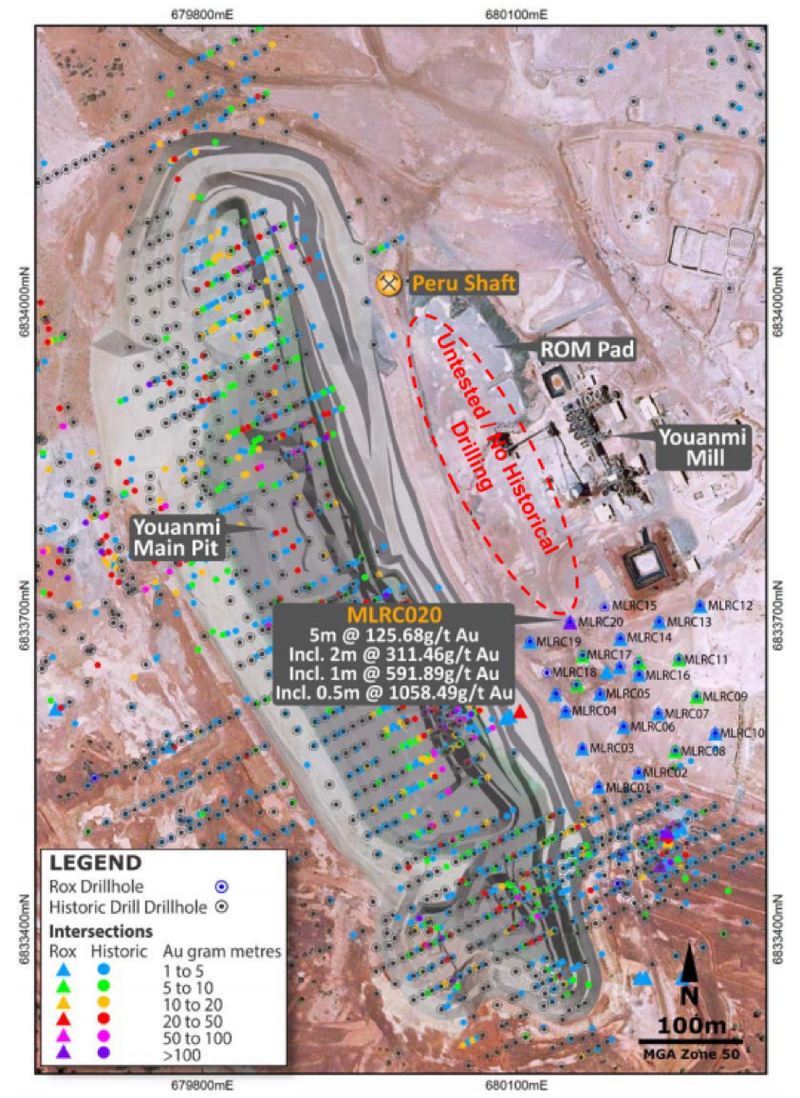 The joint venture released promising results from the Youanmi South and Commonwealth drilling.

As indicated above, drill hole MLRC020, located on the northern-most line of the drill plan, returned extremely high gold grades at and near surface with plentiful visible gold present in RC chips.

Less than a metre below surface, gold grading more than 1000 g/t gold was identified.

Other notable hits were at one metre and 2 metres below surface with grades of 591 g/t gold and 311 g/t gold respectively.

Examples of chips from drill hole MLRC020 are shown below. 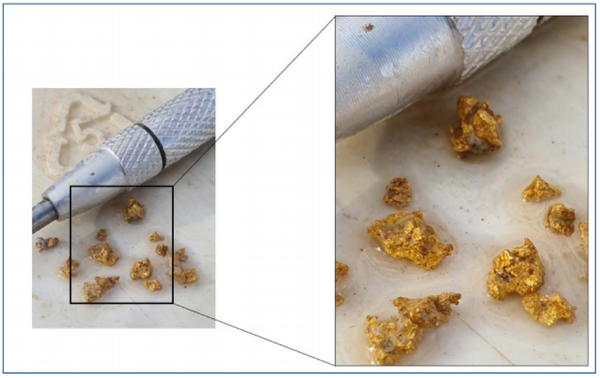 Of significance is the fact that the area to the north is yet to be tested by drilling.

On this basis, the current interpretation is that the gold is from a primary source, rather than from supergene upgrading effects.

Visible gold presents as nuggets up to 2-3mm in size which are intergrown with translucent quartz that is interpreted to be vein quartz.

Historical mining indicates there could be more to come

While early stage, these results are considered highly encouraging.

In historical mine records there is reportedly free-milling gold mineralisation present within the Youanmi granite to the east of the Main Lode Shear Zone.

One such area is a gold lode developed in the footwall to the Main Lode, towards the northern end of the Main Pit.

While production figures were not recorded, the grade was reputed to have averaged more than 60g/t gold from near surface workings.

A series of holes has been planned to test down dip of MLRC020 and to the north-north-west along strike.

Given the shallow nature of the mineralisation encountered, a series of costeans will also be dug across the interpreted strike of mineralisation seen in MLRC020 to assist in geological mapping and to provide channel samples for assay.

This strategy appears to be practical, cost-effective and suited to the style and location of mineralisation encountered in MLRC020.

Costeaning is the process by which miners seek to discover metallic lodes.

It involves sinking small pits through the superficial deposits to the solid rock, and then driving from one pit to another across the direction of the vein, in such manner as to cross all the veins in the area under exploration.

Venus opened up stronger on Tuesday morning in response to news, and with further assay results from the joint ventures extensive drilling campaign due in coming weeks this positive share price momentum could continue.

Venus rallies on back of Youanmi drilling results