Shares in Venus Metals Corporation Ltd (ASX:VMC) traded as high as 14.5 cents on Monday morning on the back of the discovery of high grade gold intersections that have been delineated during its reverse circulation drilling program at Currans Find in Western Australia.

This represented an increase of 16% compared with Friday’s close of 12.5 cents, no doubt also assisted by the rampaging gold price which has just passed the $2000 per ounce mark in Australian dollar terms

Currans Find is part of the Youanmi gold project being explored in conjunction with Rox Resources Ltd (ASX:RXL). 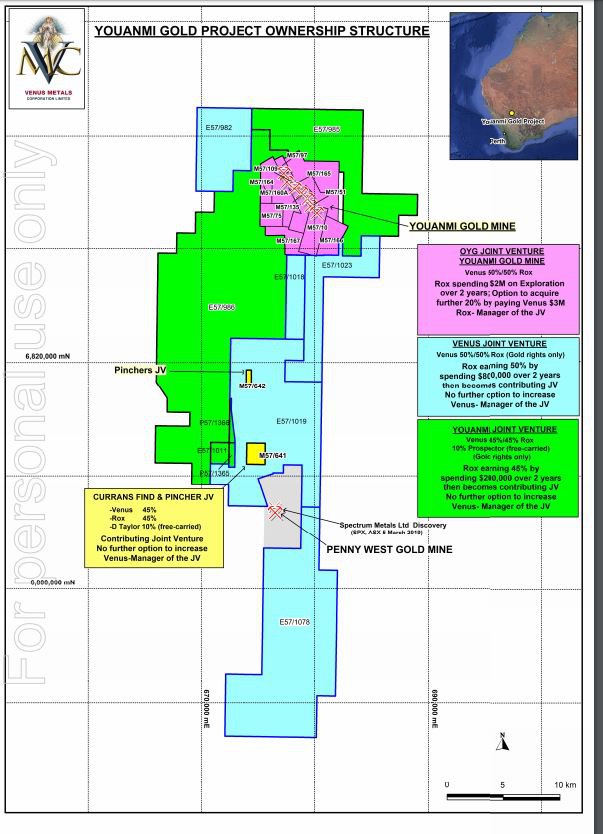 The initial four-metre composite samples were taken by combining small sub-samples from each one-metre interval.

This was done for all drill intervals without significant amounts of vein quartz, historically the main host of gold mineralization at Currans Find.

Following the high-grade gold results for two of the four-metre composite samples, the individual one-metre samples have now been analysed separately.

Significantly, the one-metre assays have increased the gold contents as measured in grams/metre.

The bonanza gold grades revealed by the one-metre sampling confirm the potential of the Currans Find North prospect (and the Currans Find project in general) to host a significant high-grade gold deposit.

The host geological setting at Currans Find North is similar to that of the high-grade historical Penny West gold mine and the Penny West North discovery by Spectrum Metals.

The bonanza gold grades in two drill holes at Currans North indicate a plunging high-grade ore shoot that is open at depth and down-plunge as indicated below. 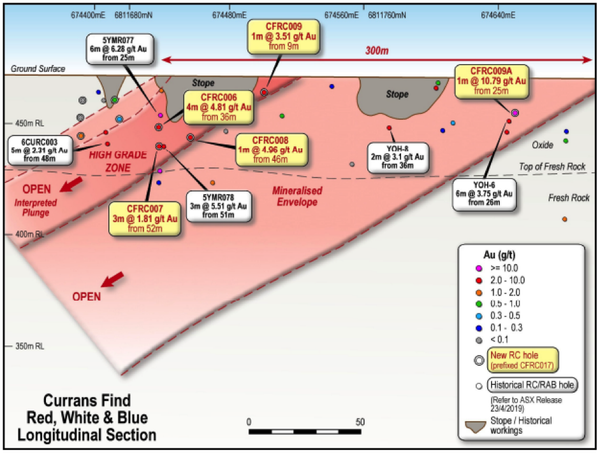 Management believes this indicates that the project has the potential to deliver similar outcomes to the Penny West Gold Mine.