Venus and joint venture partner Rox Resources, have been successful in extending the strike length of the gold mineralisation. 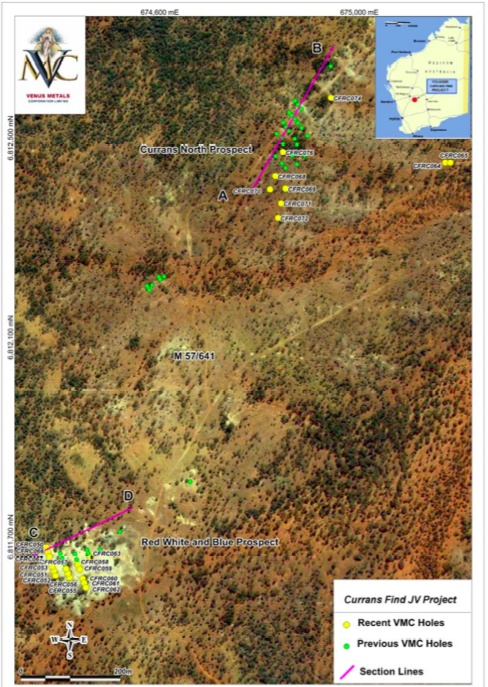 Venus will turn its attention to further RC drilling to explore the gold zone down-plunge and along strike.

The best results from Currans North include: 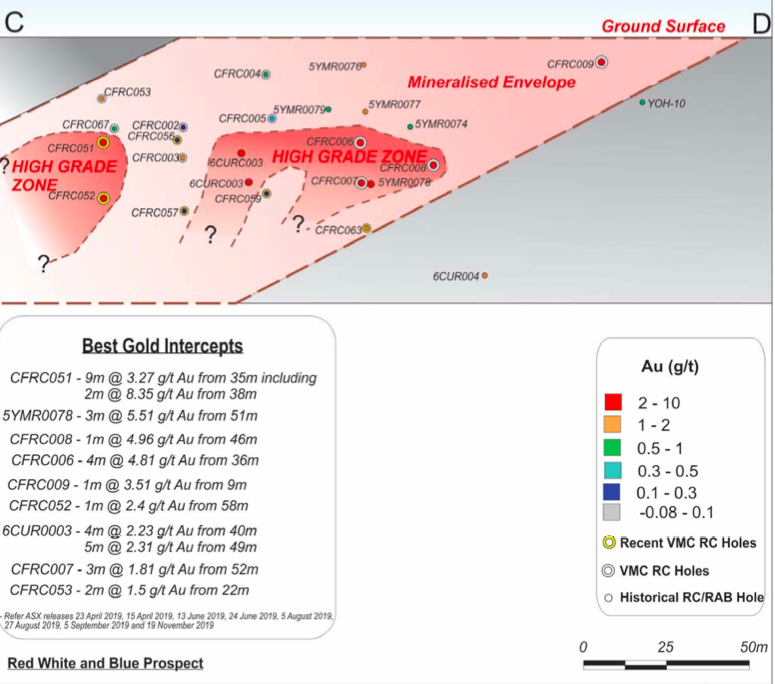 Current results come as no surprise and are in line with past results at Currans Find.

Mineralisation is hosted in multiple ENE – trending quartz veins within mafic, ultramafic and intermediate rocks, which can also be found at the Penny West and Columbia – Magenta deposits south of Currans Find.

The most recent drilling (totalling 1134m in 7 holes) intersected the upper lode at a vertical depth of 140m and further drilling is planned to test the bedrock for potential high-grade gold zones at deeper levels.

The best intersection of 2m @ 8.3 g/t Au in hole CFRC051 shows anomalous concentrations of copper and lead and associated pathfinder elements, a geochemical signature that is very similar to that commonly occurring with high‐grade and bonanza‐grade gold zones at Currans North, and that is also characteristic of the gold mineralisation at the historical Penny West gold mine.

The Red White and Blue gold lode so far only extends to a vertical depth of approximately 55m. Further RC drilling is planned to explore the down plunge extension of the high-grade gold lode.

Drilling will also test several other quartz lodes at Red White and Blue for potential high-grade gold mineralisation at depth.