Venus cashed up after sale of Yalgoo

In an extremely positive development for the shareholders of Venus Metals Corporation Ltd (ASX:VMC), the company has sold its 50% interest in the Yalgoo Iron Ore Project for $2.5 million.

This represents the divestment of what management referred to as a ‘stranded asset’ for the group given the substantial capital expenditure that would have been required to fully develop the project through to production.

An Australian company FIJV, ultimately controlled by a major engineering, procurement, and construction (EPC) contractor with over three decades' experience in the iron ore sector has acquired the project.

Shareholders will reap the rewards of the sale as the issued capital in Yalgoo Iron Ore, a wholly-owned subsidiary of Venus Metals is to be distributed to VMC shareholders on a pro-rata basis by way of a dividend, allowing those shareholders to potentially reap the benefit of any royalty payments.

The current magnetite concentrate price is approximately over US$100 per tonne.

FIJV has advised the Mid-West Development Commission of its plan to develop magnetite open cut mines at Yalgoo, producing concentrate for shipment by export through the port of Geraldton.

Consequently, production from Yalgoo should generate a beneficial royalty stream for VMC’s shareholders.

Back to the core business

Venus now has $2.5 million to invest in advancing its various gold, base metal and vanadium projects, some of which already have an established JORC resource.

The company will undertake further drilling and mine planning at the 90% owned Bell Chambers gold project with a 14,000 ounce identified 2012 JORC resource near Youanmi in Western Australia.

However, surveys identified several anomalies, and these have been prioritised for modelling to determine geometry, depth and conductivity.

In addition, the company is reviewing all historical soil sampling and drilling data to further refine the drilling target locations for Venus’s future work programme.

Also on the gold front, further drilling will be undertaken at the 45% owned and managed Currans Find Gold Project in Youanmi where near surface high-grade mineralisation has been identified. 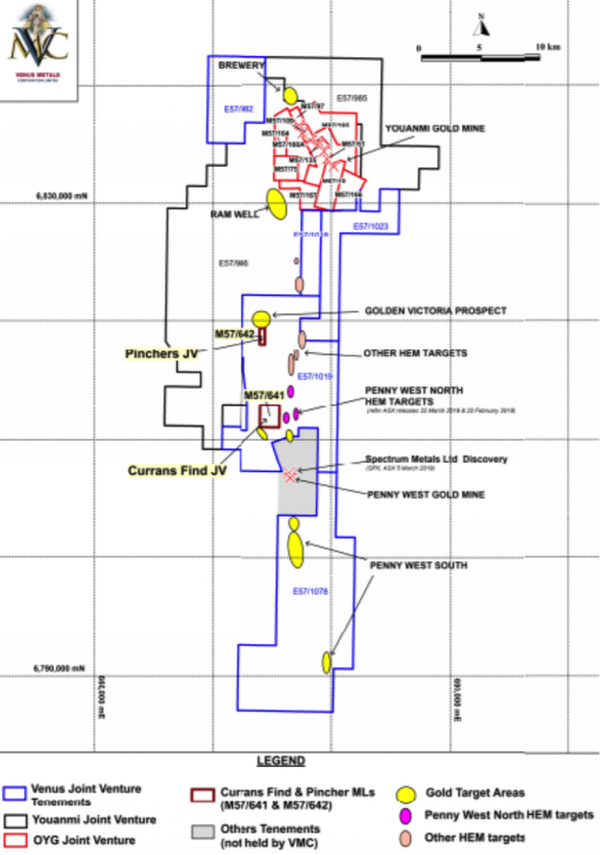 Vanadium project could be game changer

Venus will also be using its strengthened balance sheet to fund metallurgical work on the 90% owned Youanmi oxide vanadium project with a JORC Resource of 134 million tonne at 0.34% vanadium pentoxide.

Management had flagged this as a priority in March after the company established a new measured, indicated and inferred resource containing 459,000 tonnes of vanadium pentoxide.

Having established this resource, Venus is now positioned to confidently proceed with metallurgical test work and scoping studies with a view to rapidly advancing the project.

This comes at a time when the supply/demand equation for vanadium has improved significantly due to its applications in renewable batteries.

The proposed vanadium extraction for Youanmi is based on a potentially simple hydrometallurgical process taking advantage of the unique weathered vanadium oxide ore, and as such pointing to more positive project economics compared to conventional hard rock deposits.

The resource occurs from surface down to a depth of between 30 metres and 50 metres, making it the focus of initial studies for potential development through open cut mining activities which should enable relatively low cost production.

This is a significant aspect of the project given that vanadium developments generally are extremely capital intensive.

The discovery of sulphide boxwork gossans in the DeGrussa North tenement provided management with strong impetus for the electromagnetic testing of its targets aimed at the discovery of massive copper-gold sulphide at depth.

Given its close proximity to the high profile DeGrussa copper mine, the area under exploration could only be considered as highly prospective. 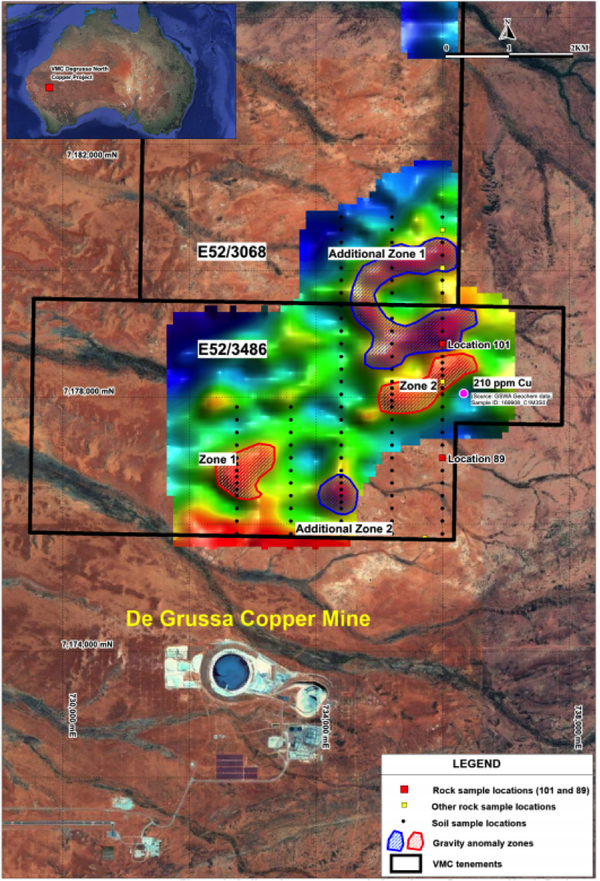