Venus Metals Corporation (ASX:VMC) has been quick to strike paydirt following the recent negotiation of a purchase agreement to jointly acquire with Rex Resources Ltd (ASX:RXL) a combined 90% interest in two mining leases in Western Australia.

Consequently, news just released by Venus Metals that the vendor Doug Taylor, who still retains a 10% shareholding in the lease, has identified a near surface untested strongly gold mineralised quartz reef at Currans Find is highly encouraging.

This reef informally named Taylor Reef occurs in an area where little historical drilling has taken place, and it therefore forms a high priority target for the upcoming drilling program.

Traditionally this area has a north-east trending reef, but this new area of mineralisation has a more easterly strike orientation, perhaps indicating that a new zone has been identified.

There could be share price catalysts on the horizon with management expecting to be in a position to commence a drilling program in about four weeks which will target untested sections of gold bearing lodes.

The broader region is well endowed with high grade gold evidenced by operations at the Youanmi Gold Mine and Penny West deposits which lie to the north and south of Currans Find as indicated below. 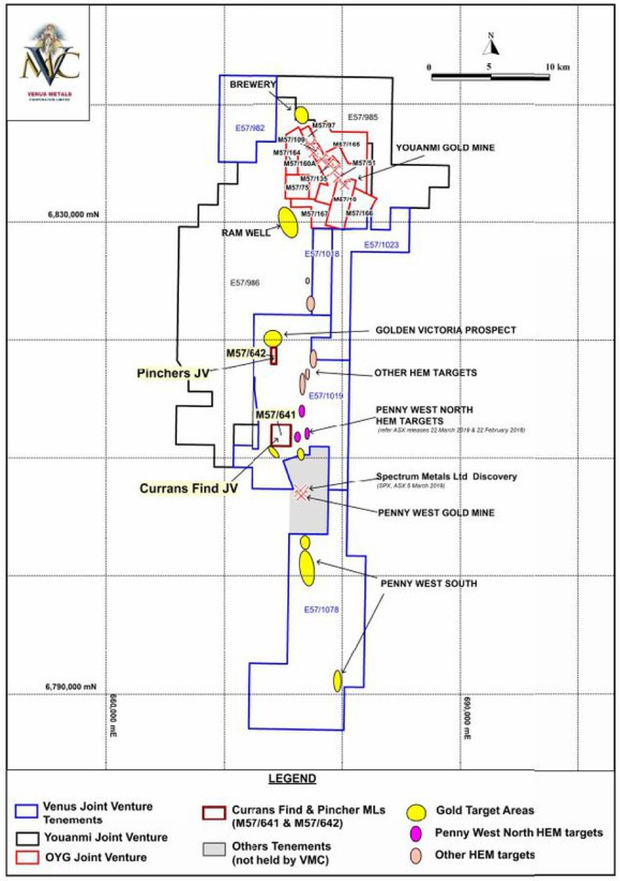