This builds on results released earlier this week as reported by Finfeed.

Rox has drilled over 11,000 metres and has received results for around 80% of this amount.

The drill program total meterage will be in the order of 16,500 metres.

Recent drilling has been focused on the Plant Zone (potentially base load mill feed) and the high-grade Commonwealth Prospect.

The focus will move to the Youanmi South Prospect next week following completion of geophysical surveying. 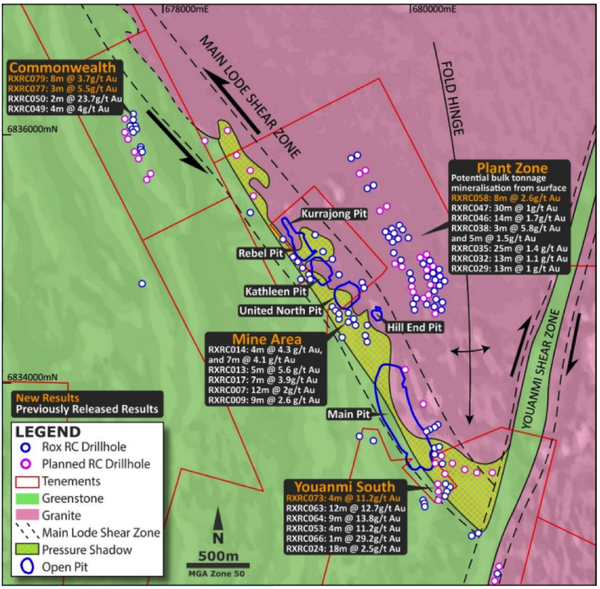 The Youanmi South Prospect has previously returned some of the best drill intersections of the current drill program.

Consequently, there are several share price catalysts in the mix, something that Venus shareholders appear to have have latched onto since June as the company’s shares increased nearly three-fold.

With few dry holes and some stunning grades identified across the extensive exploration program, one would expect that there is the potential for this share price momentum to be sustained, particularly with a maiden resource estimate imminent.