Drilling comprised an initial, wide spaced reverse circulation (RC) drilling programme of 12 holes for nearly 1.9 kilometres in three approximately 200 metre spaced zones along the strike length of the Albatross and Flamingo prospects, which as indicated below extends for more than 600 metres. 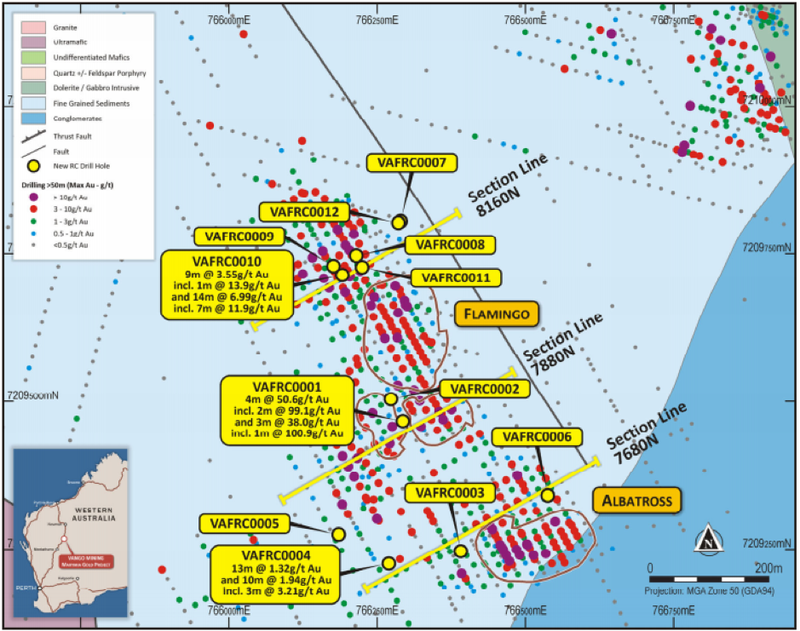 All assay results have now been returned and have delivered broad, shallow high‐grade mineralisation in all three zones.

The most recent round of results, combined with previous outstanding intersections including 4 metres at 50.6 g/t gold and 3 metres at 38 g/t gold, both from between 80 metres and 100 metres demonstrate the promising tenor of mineralisation in the area.

While Vango has been successful in delineating near surface high-grade mineralisation, when looking at the broad range of exploration results, there is evidence that deeper drilling is likely to yield even higher grades.

Management said that the outstanding results have highlighted resource potential to the north, west and at depth below the Albatross and Flamingo historical open pits.

Following re‐interpretation of the mineralised zone geometries a new resource model will be generated to be included in a planned resource upgrade for the entire Marymia Gold Project, a potential market moving event.

Further drilling will test for down dip/down plunge extensions of the high‐grade mineralisation associated with thrusted repeats of the same Mine‐Mafics that host the Triple‐P high‐grade gold mineralisation one kilometre to the north‐east, as indicated below. 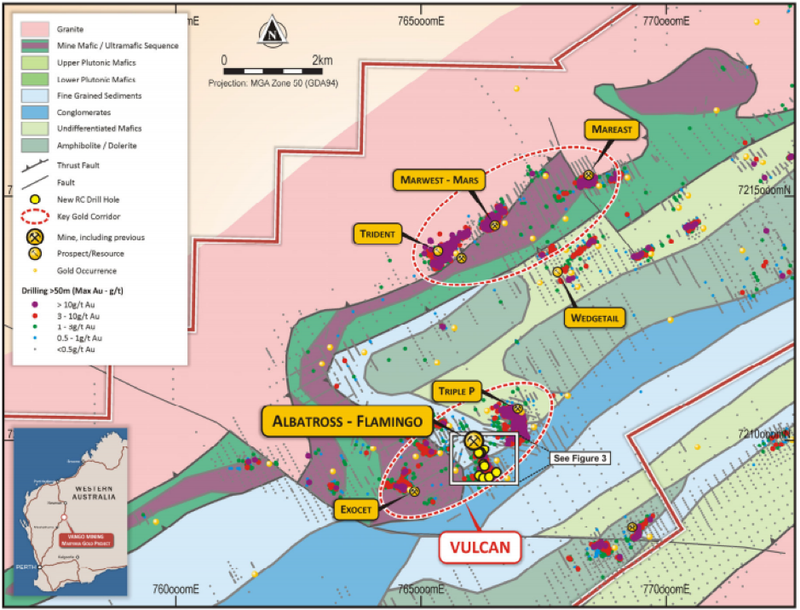 Larger scale potential has been identified across the entire zone which extends for more than three kilometres from Triple‐P to the Exocet pit.

This wider Vulcan target zone has similar dimensions (about three kilometres by one kilometre) to the Plutonic gold deposit, which has produced more than 5.5 million ounces of gold, and consequently Vulcan will be a priority larger‐scale drilling target for Vango in 2020.