Vango Mining (ASX:VAN) has this morning announced a further high-grade, gold intersection from drilling at its Mareast prospect at its 100% owned Marymia Gold Project.

To recap, Vango owns 100% of 45 granted mining leases covering over 80% — or more than 40 kilometres of strike — of the world-class Marymia Belt in the mid-west region of WA and include six major gold corridors extending from Superior Gold Inc.’s multi-million ounce Plutonic Mine (5.5Moz gold). 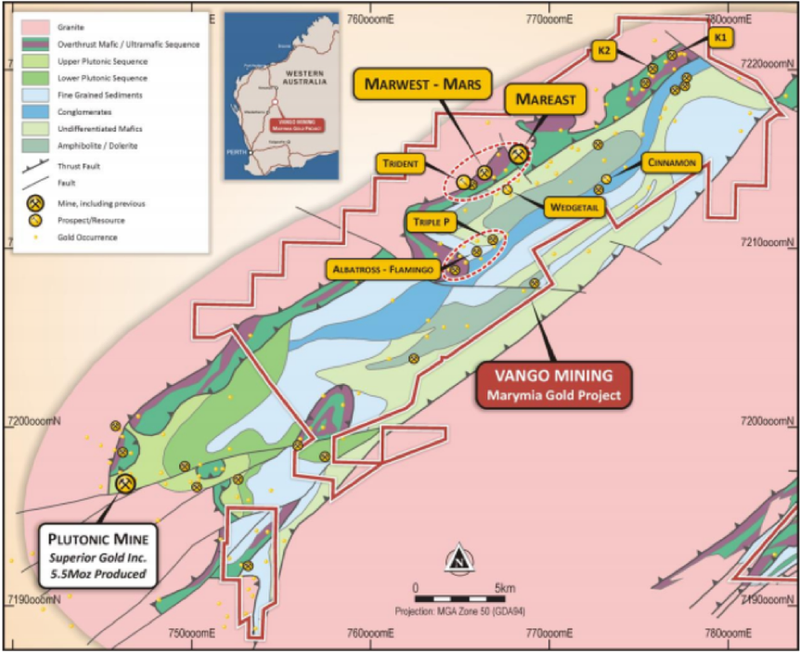 It has been a busy month for Vango. In early January, the company announced “Bonanza” gold intersections, that supported its focus on growing its high-grade gold resource base at the project and developing a significant stand-alone gold mine.

Today’s news continues the positive trend of excellent results, this time at Mareast which highlights larger scale high‐grade discovery potential within the 5km Trident‐Mareast corridor. Notably, it remains open down dip and down plunge to the North east. 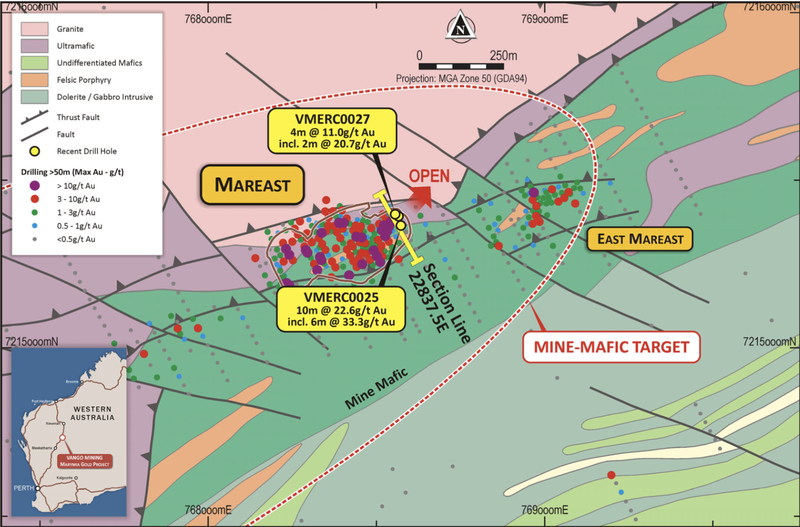 Open pit resource estimates for Mareast will now be finalised and incorporated into a planned major resource upgrade for the entire Marymia Gold Project.

Deeper drilling is planned to test for underground resource potential, with Vango receiving funding through the Exploration Incentive Scheme (EIS) of the West Australian Government to see this through.