Monday’s promising update by Leigh Creek Energy Ltd’s (ASX:LCK) regarding the commercialisation progress made at the Leigh Creek Energy Project resulted in positive share price momentum, but arguably what is being missed is the potential to grow the size of its resource well beyond where it currently stands.

To provide a backdrop, on 27 March, 2019, the Society of Petroleum Engineers - Petroleum Resources Management System (PRMS) - issued a certification of 1,153 petajoules 2P Reserve for the Leigh Creek Energy Project (LCEP).

A 2P reserve is the estimated sum of proved and probable reserves of a hydrocarbon resource that is considered to be reasonably recovered under current economic and technical conditions.

This is the key metric for oil and gas companies, and one of the key focuses for investors looking to identify companies with prospects in the sector.

Where PRMS and JORC meet

The Australasian Code for reporting of exploration results, mineral resources and ore reserves is the JORC Code.

Investors are familiar with the terminology and its applications in measuring/establishing/upgrading resources and reserves estimates.

It is just as relevant for a $5 million miner as it is to the multi-billion dollar Rio Tinto (ASX:RIO).

In the case of LCK’s PRMS certification, it was based on several related reports and testing including the JORC report which was compliant with The Australasian Code for Reporting of exploration results, mineral resources and ore reserves.

To gain a PRMS reserve certification the resource must have undergone a successful production test and have a JORC Compliant Indicated Resource Estimate.

The geological and modelling report, as well as the JORC resource estimation project assessment was prepared in March, and the PRMS is the primary document that provides LCK with its 2P and 3P reserves.

In keeping with the regulatory provisions of the Society of Petroleum Engineers (SPE), the Leigh Creek Energy Project reserves are based on “a high confidence in the commercial producibility of the reservoir as supported by actual production or formation tests”.

For the LCEP, the production test was the Pre-Commercial Demonstration (PCD) completed in February 2019.

As indicated below, LCK’s JORC compliant determination released in March 2019 contained an estimate for Indicated and Inferred resources, and the accompanying statement based on the Australian energy regulator’s report unconditionally supports the resources and reserves certifications.

LCK has only scratched the surface

Five separate discrete basins make up the Leigh Coalfield as indicated below. 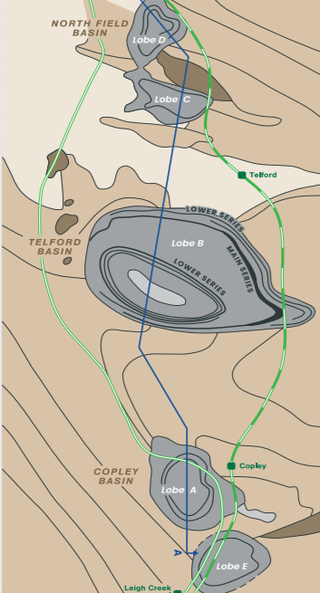 It is important to note that the PRMS did not include any of the shallow coal, which was neither previously mined from surface nor would have been suitable for in-situ gasification (ISG).

LCK’s PRMS and JORC Report are based on the three distinct coal seams in the Telford Basin only - the upper, main and lower series formations as indicated below.

The following is a summary of the JORC report.

PRMS only relates to 31% of available coal

A total of just over 300 million tonnes of coal was the subject of LCK’s JORC Report, of which 62% related to Indicated Resources and 38% to Inferred Resources, all in the Telford Basin.

Hence, the company’s PRMS certification of 1,153 PJ of 2P Reserve only relates to 31% of the coal available to the LCEP within the prolific Telford Basin, the comparative size of which is evidenced below. 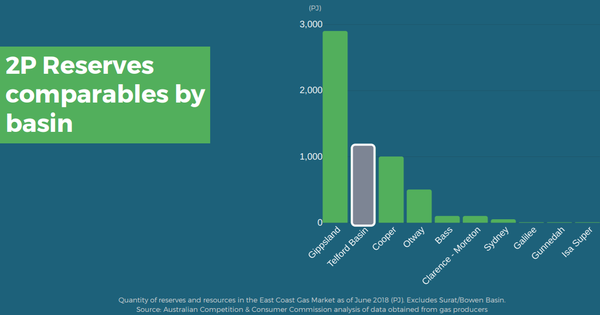 A total of 93 million tonnes implying a 50% increase relative to the indicated resource in the Upper Series was not subject to the PCD.

A further 114 million tonnes of Inferred Resource, representing 69% of the coal which was the subject of the JORC Report in the Main and Lower Series was not subject to the PCD from where the 1,153PJ of 2P Reserves was derived.

These calculations indicate that there is further scope for the LCEP’s gas reserves to be increased over time as more exploration, drilling, seismic work and production tests are undertaken on the Upper and Lower Series coal formations within the Telford Basin.

In short, further exploration could lead to an exponential increase in the size of the reserve which as indicated below already stacks up impressively against the group’s peers. 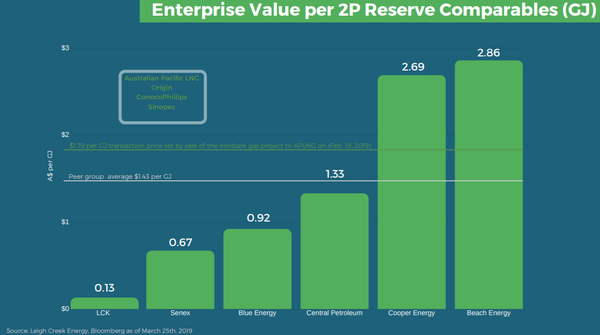 In order to bring LCK’s enterprise value relative to 2P reserves in line with other players in the sector a significant share price re-rating is required.

Consequently, while the company’s shares have performed well since February, one could argue that even the group’s 12 month high of 43 cents doesn’t capture the value of the proved assets, the near-term commercialisation prospects and particularly, the exploration upside.

On the score of commercialisation, LCK is likely to be spoilt for choice with the near to medium-term supply/demand outlook for the east coast of Australia indicating that known supply coming on stream will not be able to keep up with increasing demand.

The company’s PCD confirmed that the gas produced was of a quality and volume to justify a substantial commercial project.

It is estimated that a maximum of 50 to 80 PJ per annum of gas is available to be converted into commercial product, justifying a 20+ year project, based on the initial PRMS certification.

However, 20 years would be a base case scenario as there is further scope to increase gas reserves.

LCK has multiple commercialisation paths for an asset of this size and quality.

Management has been studying two business options, both of which have significantly positive economic returns.

A straightforward means of monetising the asset would be to sell synthetic natural gas into the Australian east coast market.

Another alternative is to use the gas to manufacture ammonia-based fertiliser products.

Management is in advanced discussions with both financial and strategic parties with a view to executing these strategies.