Having now secured approval, TSC Limited (ASX:TSC) has started a circa 2,000 metre reverse circulation (RC) drilling campaign at the Rover Project in the Western Australian goldfields.

TSC’s ability to quickly transition to drilling within nine months of commencing exploration activities is a credit to management, and investors appear to be closely following the group’s much anticipated campaign given the share price spike of 25% on Wednesday morning.

While the upcoming campaign could well deliver strong results, there are many more priority targets along strike towards Creasy 3 that will form the basis of future drilling programs.

In the short term though, the priority areas for drilling are along the 20 kilometre gold strike which is part of the Maynard Hills greenstone belt, on the eastern boundary.

This will involve the drilling of historic economic gold intercepts at Creasy 1, as well as examining new gold/VMS targets around Creasy 2 which are further south-west along the 20 kilometre known gold strike.

These targets have been identified through the analysis of aeromagnetic data.

The proposed drilling area can be seen on the following map which also shows prominent projects in relatively close proximity to the Rover strike. 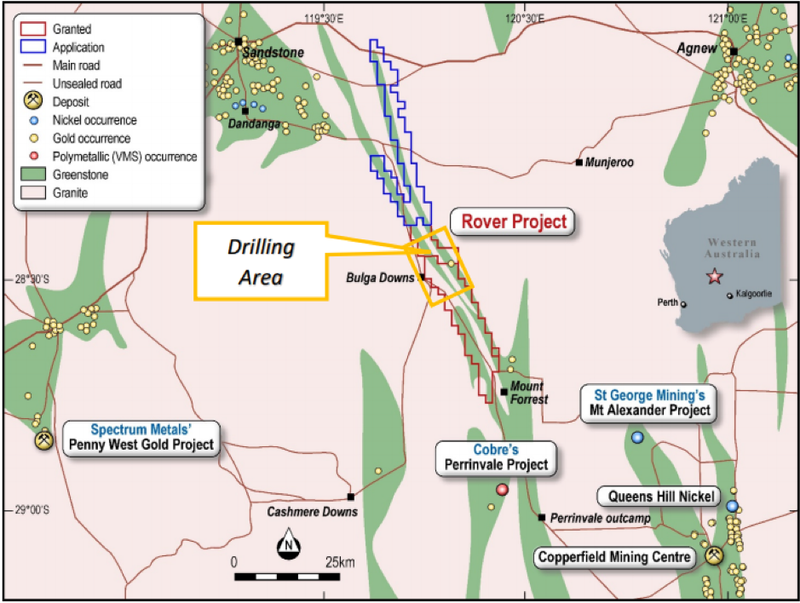 The proposed drilling area is close to prominent projects.

The Creasy 1 target comprises gold mineralisation located along the Illara shear zone where it dips steeply west, parallel to the sheared contact between the rock sequences.

Shallow historic RC and RAB drilling outlined anomalous gold mineralisation over a strike extent of about 1.2 kilometres which is open down dip and along strike to the north and south.

There are historic shallow economic intercepts in RC drill-holes up to 3 metres at 1.9 g/t gold from 53 metres. 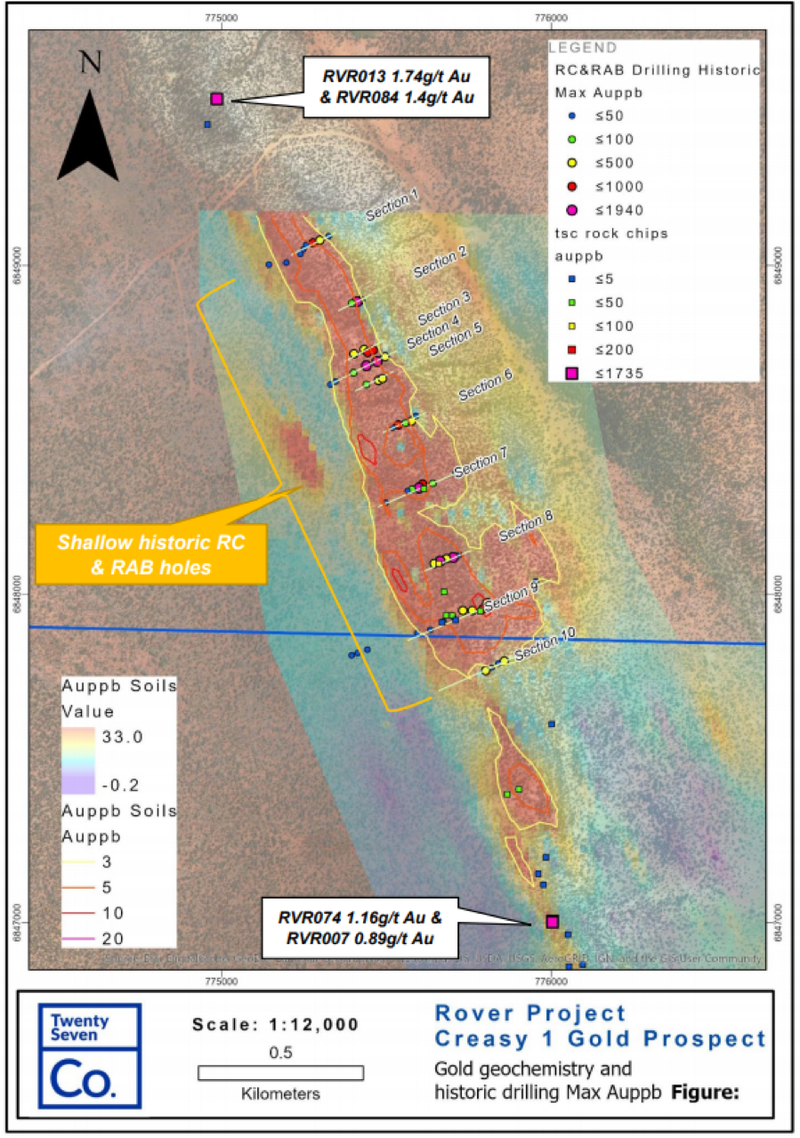 TSC’s initial drilling plans are to confirm the presence of gold mineralisation at Creasy 1, then progressively test the potential down dip and along strike.

The priority is to search for areas of that show continuity of high grade mineralisation.

One of the key priorities at Creasy 2 will be to follow-up on promising assay results that confirmed a 200 metre long zinc-lead anomaly in soils and rock-chips within a broader copper and gold soil anomaly.

Management expects to have the drilling program completed within three weeks, providing shareholders with an early insight into what may lie ahead as assay results come to hand.