The project, located in southern Brazil, is in line with predictions, and results to date support the company’s expectations of a phosphate homogenous deposit. Four diamond rigs and a reverse circulation rig are being used for the drilling, with approximately 70% of the planned 9,500 meters now completed.

The drilling program has returned grades and thickness at the same level as Aguia predicted in its model, thus allowing the company to convert Inferred Resources to Measured and Indicated categories – a critical step towards achieving a Bank Feasibility Study.

It should be noted that this is still an early stage play and any consideration of this stock for your portfolio should be undertaken via professional financial advice.

The assay results for Tres Estrada are summarised in the below table:

A selection of completed drill holes from the program will be used to generate samples for the company’s upcoming Pilot Plant test. The sampling of the composites for the Test have now been finalised and sent to Eriez Flotation Division in Pennsylvania.

The below map shows where the infill drilling at Tres Estradas is taking place: 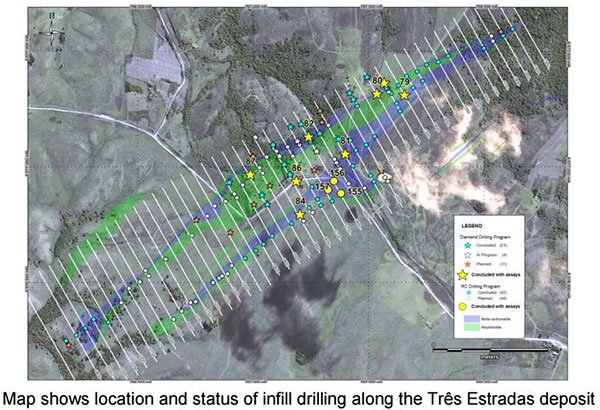 Of the latest update, Technical Director Fernando Tallarico said, “The infill drilling program has advanced incredibly well and is on schedule with two thirds now complete. The uniformity of grades and thicknesses again confirm and in some cases improve upon our previous geological model.

“With samples now on their way to Eriez we will very shortly start another crucial stage of the BFS program, which will be the Pilot Plant testing of our phosphate ore.” 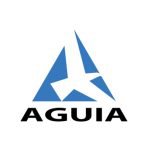