Thomson Resources’ (ASX:TMZ) high flying share price looks set to receive another boost today after the company advised of another acquisition that will bolster its already robust portfolio of silver dominated assets.

Thomson’s successful tender for the Texas silver project in Southern Queensland marks another achievement in the group’s implementation of the Granite Belt Hub and Spoke Strategy.

Further, the acquisition price of $2.5 million for the permitted mine infrastructure, connection to the State power grid, mine and exploration leases, including a silver-gold resource appears to represent excellent value without even taking into account the potential benefits of establishing a scalable production operation.

The acquisition follows the negotiation of a binding Mine Sale Agreement with MRV Metals Pty Ltd to acquire the silver project eight kilometres from Texas in southern Queensland where it borders New South Wales.

This is strategically significant in terms of Thomson executing on its hub and spoke strategy as it is only 165 kilometres by sealed road from the Mount Carrington silver-gold joint venture project and 100 kilometres from the Webbs silver and base metals projects in New South Wales. 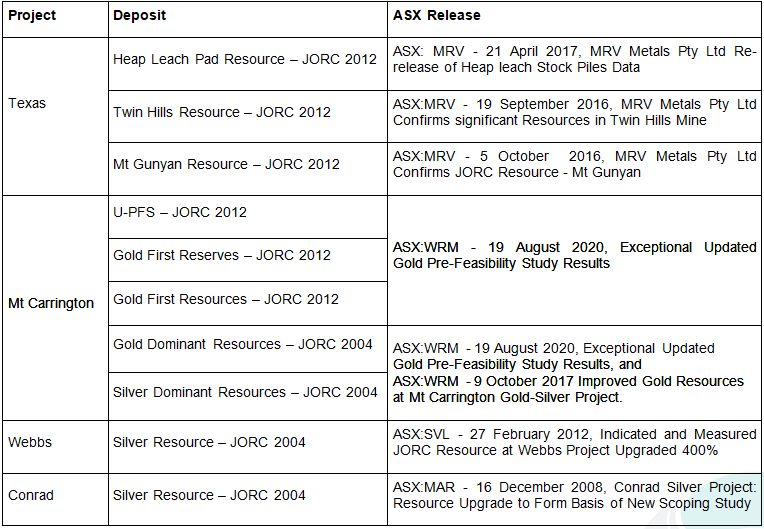 By way of background, MRV Metals was in liquidation leading up to this development with receivers already appointed.

This acquisition is aimed at capitalising on silver, gold and base metal resources within relatively close proximity, such that they could provide the group with the scale to develop a production facility that could have the capacity to process ore from a number of the surrounding projects.

Employing such a strategy, can optimise the value of silver production in its own right, but it can also have a significant impact on driving down costs of production as by-product credits from the efficient processing of gold and base metals such as copper, zinc and lead improve the economic outcomes. 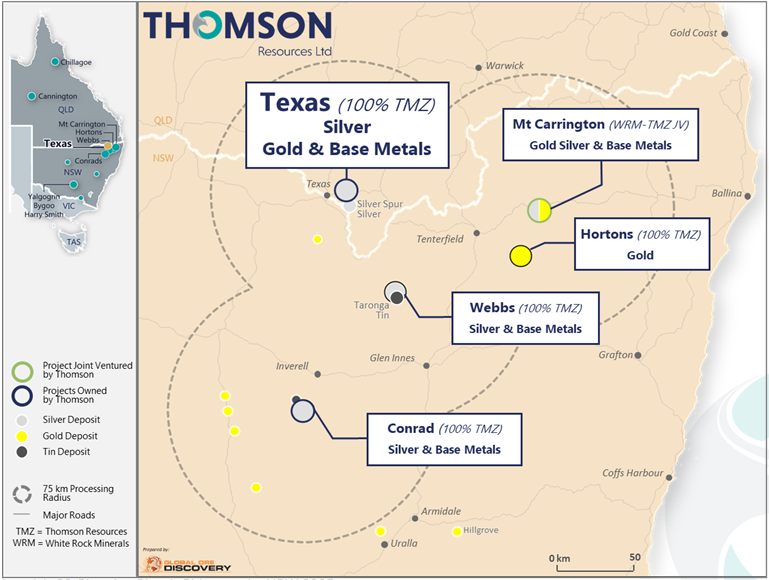 Not only will the acquisition add to an already impressive asset portfolio, management sees it as potentially providing Thomson with an ideal location for a central processing facility.

Crunching the numbers, management noted that the additional resources that come with this transaction would take the group close to its goal of having at least 100 million ounces of silver equivalent resources available to a centralised facility if required.

Thomson has timed its run well with the silver price hitting a long-term high of about US$30 per ounce at the start of February and then consolidating in recent weeks to trade in a tight range between US$26 per ounce and US$28 per ounce - last night it traded around the mid-point of that range on the London Metals Exchange.

Futures contracts suggest investors are banking on sustained support for the precious metal with the 24 month contract priced at US$26.86 per ounce.

Interestingly, while gold has shed roughly US$130 per ounce in the last three weeks, silver has remained on an even keel.

What comes with the Texas acquisition

Thomson has secured 207 square kilometres of exploration and mine licences as part of the successful tender process, including the Twin Hills and Mt Gunyan silver, gold, zinc and lead deposits that host the current 2012 JORC silver-gold resources.

Gold intersections toward the base of drilling at Twin Hills and Mt Gunyan remain open to depth and along strike presenting priority targets for future exploration drill testing.

The following details the resource estimates for both Twin Hills and Mt Gunyan.

This now gives Thomson control of almost 100% of the Silver Spur basin and Texas mineral district as well as a number of satellite gold and silver prospects, including the Wantee prospect where reconnaissance level drilling in the late 1980’s returned a best intersection of 2 metres at 22.5 g/t gold, including one metre at 41.1 g/t gold.

Thomson and its geological consultants consider the Texas district to be underexplored and very prospective for the discovery of additional silver, gold, zinc, lead and copper mineralisation.

This view is supported by historical mining records that confirm the production of 100,000 tonnes of ore from the Silver Spur underground mine, producing 2.2 million ounces silver, about 4500 ounces of gold and 990 tonnes of copper, as well as other base metals. 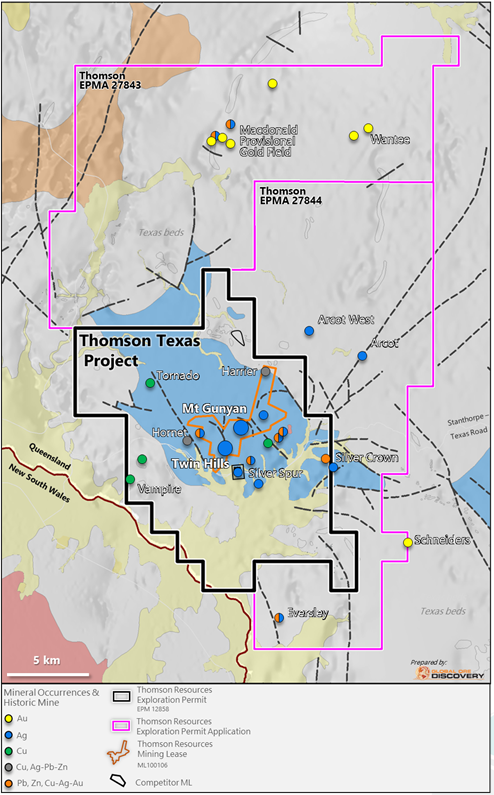 This was delineated using crude mining methods more than 100 years ago, suggesting there is the potential at the moment to extract significantly more value by using modern exploration and mining methods.

Indeed, between 2006 and 2013 Macmin and Alcyone produced approximately 1.8 million ounces of silver from an open-pit heap leach operation from the Twin Hills deposits.

In 2013, Alcyone Resources Ltd presented the results of an exploration targeting report for the Texas district highlighting a series of compelling silver, copper and base metal targets, but the majority of the targets were not tested and remain under drilled.

In 2019, Moreton reported JORC 2012 Measured, Indicated and Inferred resources for Twin Hills and Mt Gunyan deposits but did not carry out any new hard rock mining, instead focusing its efforts on a brief restart of the silver heap leaching of the existing leach pads.

MRV did not carry out any exploration drilling prior to suspending heap leach operations in late 2019.