AMWD has relocated to the Thomson 100% owned Wilgaroon tin-tungsten target 60km north of Cobar and has commenced drilling. 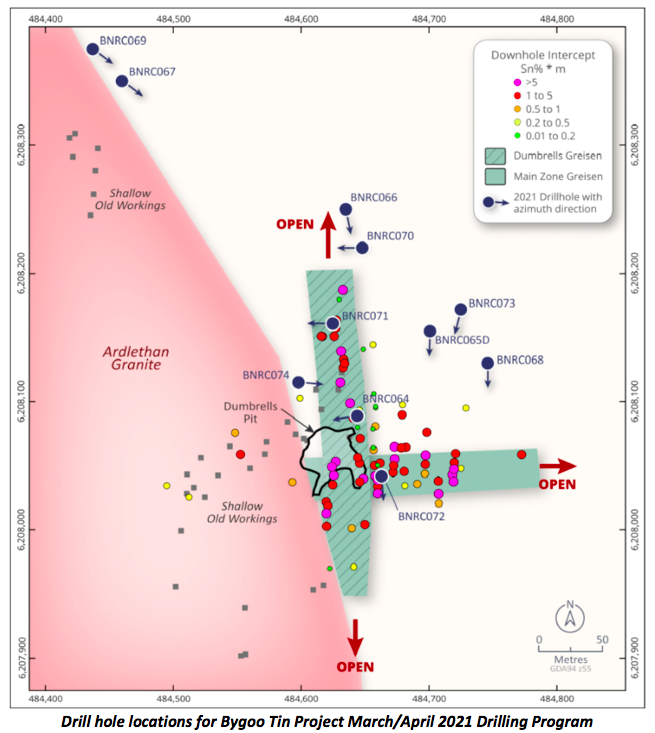 Drilling at Bygoo was designed to test for extensions to the north of the known mineralised area, as well define a tin resource.

Given pressures on assay laboratories at present, assay results are not expected until June 2021.

Due to crop sowing commencing, it was not possible to undertake drilling at the Bald Hills tin prospect, which will have to wait until the end of the current cropping season.

The rig has been mobilised to the Company’s 100% owned Wilgaroon tin-tungsten target at Cobar, with drilling now commenced.

The target is broadly Ardlethan style granite roof top hosted mineralisation, as the Wilgaroon granite is of very similar age and has very similar chemistry to the Ardlethan granite.

The Wilgaroon Granite lies within the broad Cobar Basin, which is marked by the Rookery Fault on its eastern side. 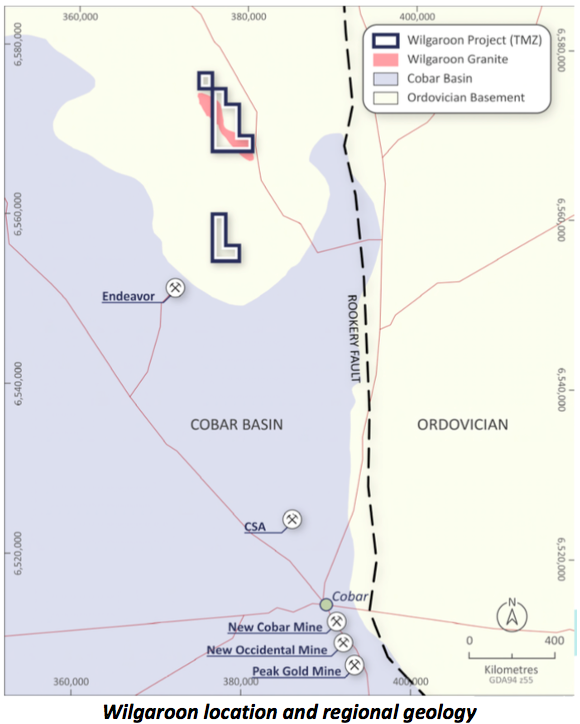 The area remains largely underexplored with only a single drill hole in the area:

The drill hole was completed by Straits Resources Ltd, and was targeted on a magnetic anomaly 1km east of the granite outcrop and was diamond drilled to a depth of 512m after a 168m reverse circulation pre-collar.

It was initially assayed for gold, silver, copper, lead and zinc. 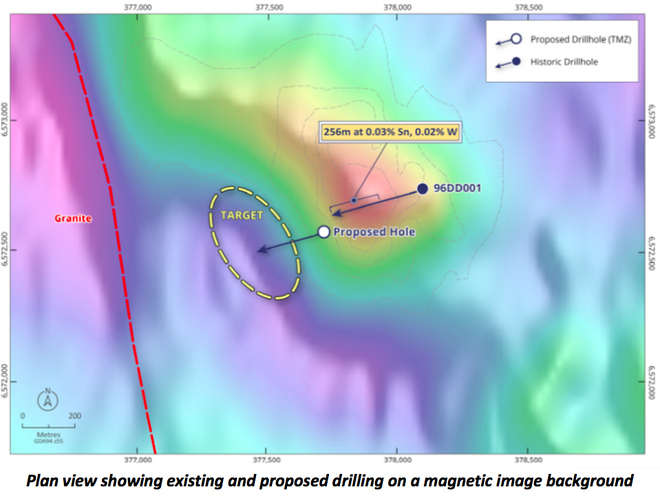 However, detailed logging revealed the presence of cassiterite and scheelite, minerals of tin and tungsten. The diamond part of the hole was reassayed and returned 256m at 0.034% Sn, 0.020% W from 251m depth.

Thomson proposed drill hole is designed to intersect the mineralised granite at shallower depths, 400m to the west of the historic drill hole.

The Wilgaroon drilling program has been partially funded under the New Frontiers Co-Operative Drilling Scheme. The drilling is expected to take up to three weeks.