Thompson Resources suspects two lodes could be one system

The December 2020 drilling program was designed to extend the known mineralisation, and management confirmed that the Silver Spray and Golden Spray lodes to the west and northwest have been extended.

The mineralisation is open to the west and further drilling is planned to extend the lodes in that direction.

Importantly, there is increasing evidence that the Silver Splay and Harry Smith lodes as indicated below are one large system. 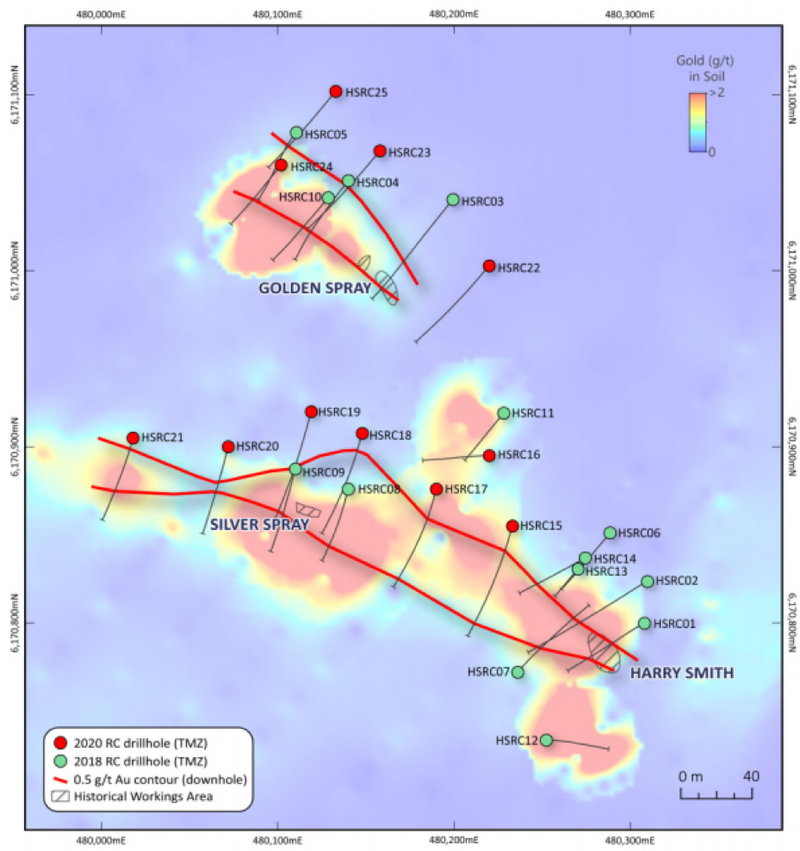 Commenting on these developments and discussing the economic significance of establishing that the areas under exploration could be one large system, executive chairman David Williams said, "These latest results from the Harry Smith Gold Project are highly encouraging and mark a further significant exploration success for the company.

"Not only have all holes intersected significant gold, but the continuity of these high-grade and relatively shallow results bodes extremely well for the development of a commercial scale open pit resource.

"This is exemplified by the presence of high-grade mineralisation in holes HSRC17 and HSRC15 which have provided us with evidence that the Silver Spray and Harry Smith lodes are in fact one large system as opposed to two separate lodes.

"With mineralisation remaining open to the west we look forward to getting to work on the next phase of drilling with the objective of extending the known mineralised footprint and delivering further value to shareholders.”

Wide near surface intersections lend themselves to open pit mining

Holes HSRC15 and HSRC17 were drilled in the gap between the small Silver Spray workings and the historic Harry Smith shallow open pit.

At Silver Spray, holes HSRC18 and HSRC19 extended the mineralisation down dip with strong, wide intercepts. 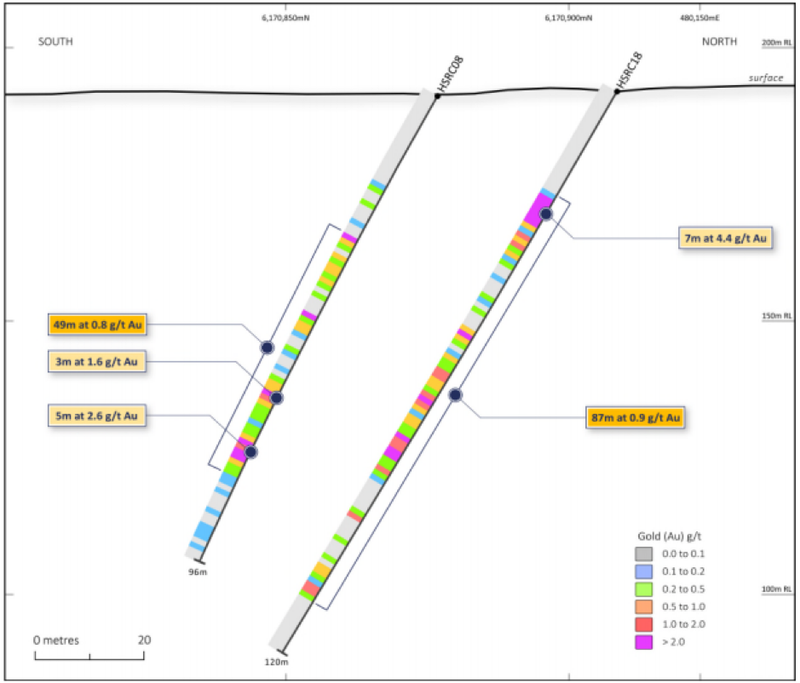 Various aspects of mineralisation and geological features indicated that some supergene dispersion is occurring, accounting for the wide intercepts.

However, significant quartz veining was logged in these holes at multiple depths throughout the mineralised intervals, suggesting that the width is in fact an original feature.

Given these results, management intends to conduct follow-up drilling, targeting this area.

Management said today that follow-up drilling at Harry Smith is a priority, saying that the upcoming program will commence shortly.

However, it is worth noting as indicated below that Thompson Resources has a number of strings to its bow in New South Wales across both the prolific Lachlan Fold Belt and the New England Fold Belt to the north-east. 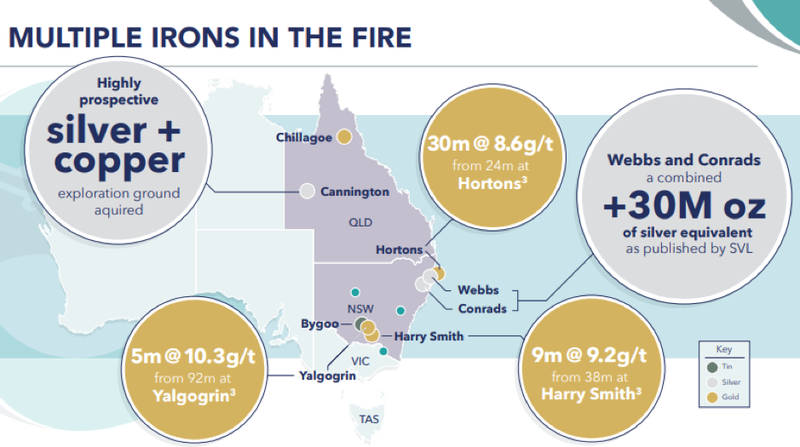