Talon Petroleum Ltd (ASX:TPD) has successfully conducted a joint bid alongside ONE-Dyas E&P Limited (ONE-Dyas) for a licence over Block 14/30b.

Talon has only just received notification from the UK Oil and Gas Authority that its application was successful, a development that could well provide share price momentum.

The joint bid by Talon and ONE-Dyas is part of a broad joint technical assessment of opportunities in the area by the two companies.

As a backdrop, ONE-Dyas is the largest privately-owned energy exploration and production company in the Netherlands.

It has a substantial asset portfolio in the North Sea, Gabon and Malaysia which includes both operated and non-operated positions.

The group holds approximately 200 million barrels of oil equivalent (boe) in reserves and has a current average production level of some 35,000 boe per day.

Commenting on the new licence award and the highly promising location of the new ground, Talon managing director, Matt Worner said, “We are extremely pleased to be adding another highly prospective licence to the Talon portfolio in partnership with ONE-Dyas.

‘’The Thelma and Louise prospects within the block are adjacent to the play identified at Talon’s Skymoos prospect in neighbouring Licence P2363, which is currently the subject of an ongoing farm-out process by the company.’’

The acquisition of an interest in this new licence is a strategic move by management to expand and secure Talon’s position in the area, which could be leveraged in the event of successful exploration drilling at Skymoos.

The close proximity of Skymoos to Thelma and Louise is illustrated below, indicating the substantial upside that could flow from exploration success at the former. 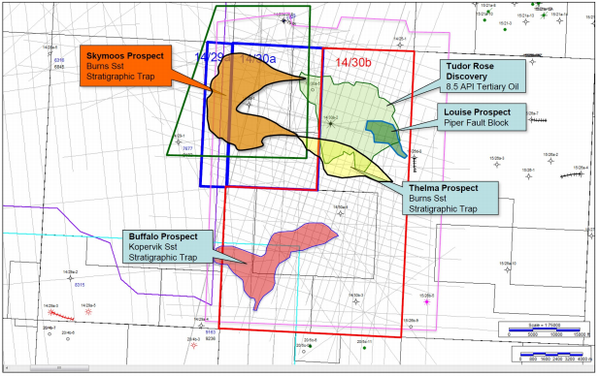 Additionally, the Buffalo Prospect is a potentially significant gas prospect.

Upon award, the licence will be the fifth UK North Sea asset acquired by Talon since the company embarked on its UK North Sea strategy in mid-2018.

Based on normal risking methodology used in the oil and gas industry, an estimated probability of commercial success after all technical work has been completed, is expected to be in a range between 20% and 25% for Thelma and Louise, and 30% for the Buffalo prospect.

Work program commitments for the initial two-year phase of the licence are in the order of $30,000 and include processing of 100 square kilometres of existing 3D seismic data, as well as geochemistry studies. 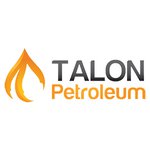