Tesoro Resources Limited (ASX:TSO) has received additional surface assay results for controlled outcrop channel sampling conducted at the El Zorro Gold Project in Chile where the company is working towards delineating a gold resource at Coquetas.

Channel sampling results received have increased the size and demonstrated continuity of surface gold mineralisation over a large area. 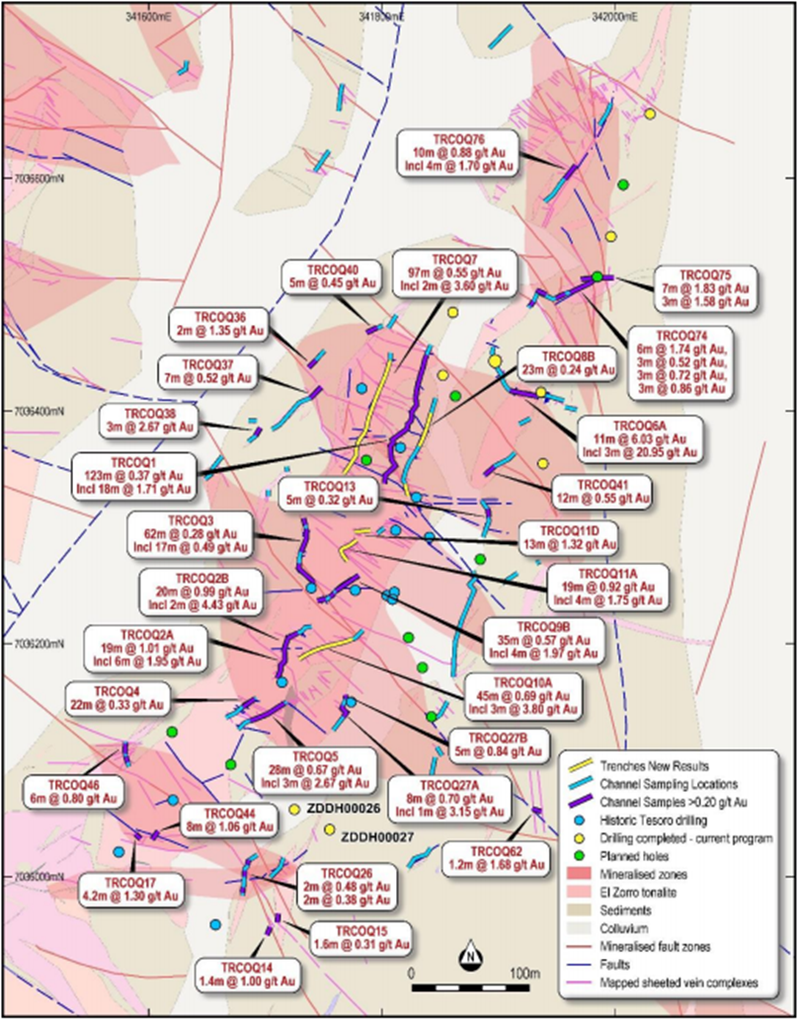 This system remains open, and within that zone continuous gold mineralisation has been defined at greater than a 0.20 g/t gold cut off, over a strike that is more than 385 metres in length and between 60 metres to 80 metres in width.

‘’We are not only seeing a large system emerging, but results to date indicate that mineralisation is continuous over a large area which is encouraging.’

‘’We have decided to drill an additional hole in the current program to provide further information and test the southern extensions of Coquetas.’’

With regards to the aforementioned 11-hole drilling program, the company has completed 10 holes for 2,532 metres.

The results of the detailed channel sampling campaign have provided additional information to assist future drill planning and delineation of a gold resource at Coquetas.

Management will assess all drill data in conjunction with the surface mapping, sampling data and consider further exploration drilling at Coquetas, dependent upon results.