Tesoro Resources Limited (ASX:TSO) has negotiated on behalf of its 95% owned Chilean subsidiary, Tesoro Mining Chile SpA, to increase its ownership of the El Zorro Gold Project from its current 51% interest to 70%.

Key variations under the terms of the ownership variation include bringing forward the payment of US$50,000 for cost reimbursement for development expenditure incurred on the project by the company’s joint venture partner to now be paid upon signing of the variation.

The variation is also subject to shareholder approval for the issue of 5 million shares in the company to the group’s joint venture partner.

This news comes less than a fortnight after the company released outstanding diamond drilling results which effectively more than tripled the downhole width of the previously reported drill intercept to 86.4 metres at 2.3 g/t gold, with a higher-grade zone returning 50.5 metres at 3.6 g/t gold. 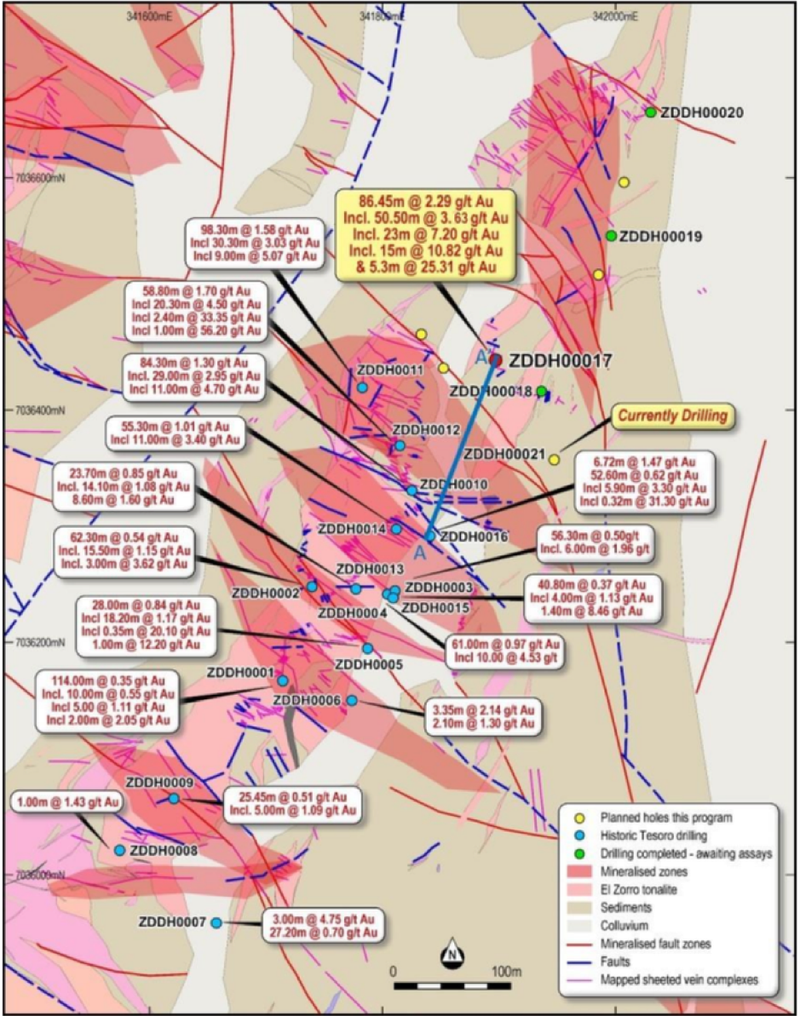 Tesoro Resources Limited was established with a strategy of acquiring, exploring and developing mining projects in the Coastal Cordillera region of Chile.

Large areas of the Coastal Cordillera remain unexplored due to the unconsolidated nature of mining concession ownership, but Tesoro via its in-country network and experience has been able secure rights to two district scale gold projects in-line with the Company’s strategy, being the El Zorro Gold Project and 100% of the Espina Gold Project.

Commenting on Tesoro’s ability to quickly increase its stake in the El Zorro project, managing director Zeff Reeves said, “We are pleased to have negotiated the accelerated increase in ownership of El Zorro to 70% without the requirement of meeting any further expenditure commitments.

‘’I cannot thank enough our joint partner in the El Zorro Project, who has shown their faith in the asset and the work that Tesoro is doing on the ground in agreeing to terms that allow us to accelerate to 70% ownership.

‘’We are excited at the emerging gold system at El Zorro, and the Tesoro team is committed to delivering a maiden gold resource at the Project during 2020.”