This is a significant milestone as it marks the first drilling to be undertaken since 2011.

With drilling now in full swing and being undertaken by British Columbia based Full Force Diamond Drilling Ltd, Tempus is aiming to rapidly verify and expand the historical high grade Mineral Resource at the Blackdome-Elizabeth Project by drilling extensions to existing mineralisation and other high priority targets within the 350 km2 licence area.

“We aim to drill approximately 8,500 metres in this program to verify and extend the existing high-grade gold mineralisation at Blackdome and Elizabeth. We will also test the significant gold in soil anomalies identified in the geochemical sampling program that have outstanding potential to expand the scale of the known mineralisation,” Managing Director, Brendan Borg said.

Once drilling is completed at Blackdome, the company will follow up with approximately 6,000 metres to be drilled at Elizabeth. This further drilling will also be used to verify and expand the NI43-101 Mineral Resource.

Drilling at Elizabeth will target extensions to mineralisation along strike, supported by gold in soil anomalies, as well as at depth.

Tempus also intends to leverage the existing permitted mill, tailings dam and other infrastructure at Blackdome with the aim of re-commencing production as the Project proceeds. 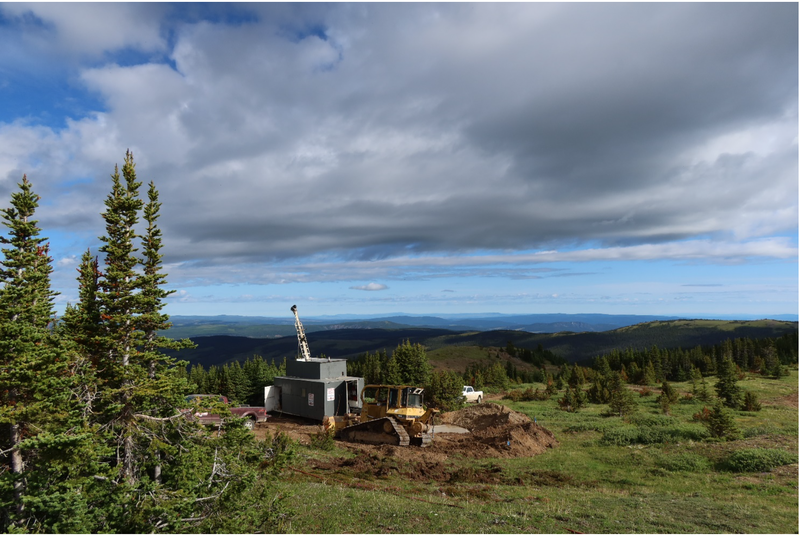 Can Tempus leverage the macro outlook?

Tempus picked up the Blackdome-Elizabeth Project in this underexplored British Columbia region, because it presented the company with a low risk, high producing, high grade mine that comes with a ~300,000 ounce resource.

Putting that into perspective, previous economic studies on Blackdome-Elizabeth were conducted when the gold price was just US$950 dollars per ounce. Today gold is trading at over US$1,800/oz.

This is one of two key projects the company has possession of: Blackdome-Elizabeth is a nearer term, lower risk play than TMR’s Rio Zarza project in Ecuador.

Both assets offer Tempus and its investors overall rewards in this positive gold climate with major catalysts to come.

With drilling having commenced at Blackdome-Elizabeth, results should flow freely over the coming weeks and months.